The early Bosch products made and sold in America before WW1 were branded "Bosch" and many were made at the Bosch Magneto Company in Springfield or New York. They were well made and had many similarities to products made in the German werks in Stuttgart. Craftsmanship was a bit more utilitarian in appearance.

Here is a postcard showing the modern and spacious Bosch magneto Company in Springfield, Mass before WW1, probably 1913 or 1914 . 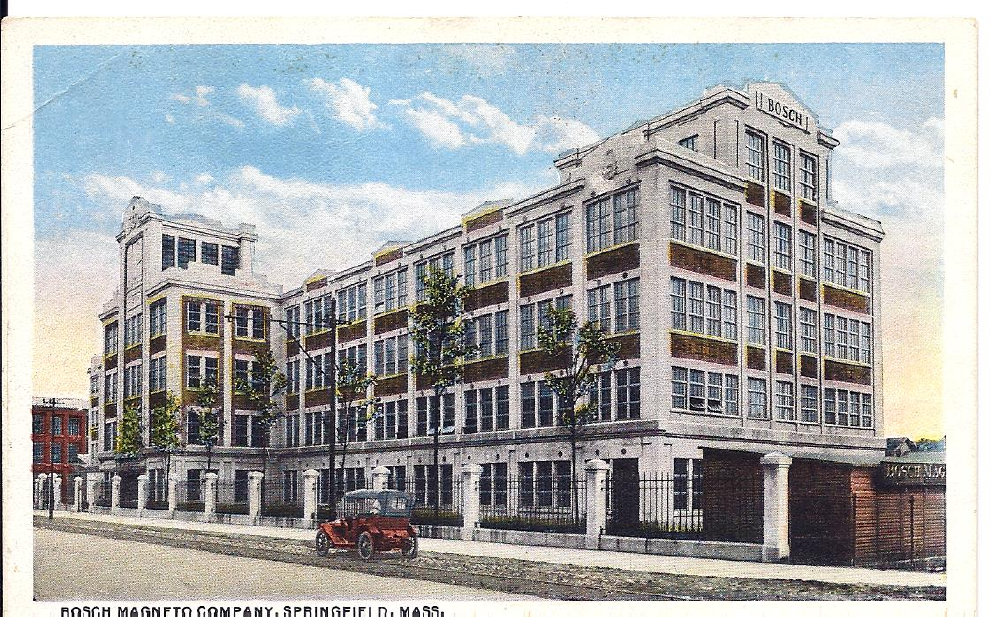 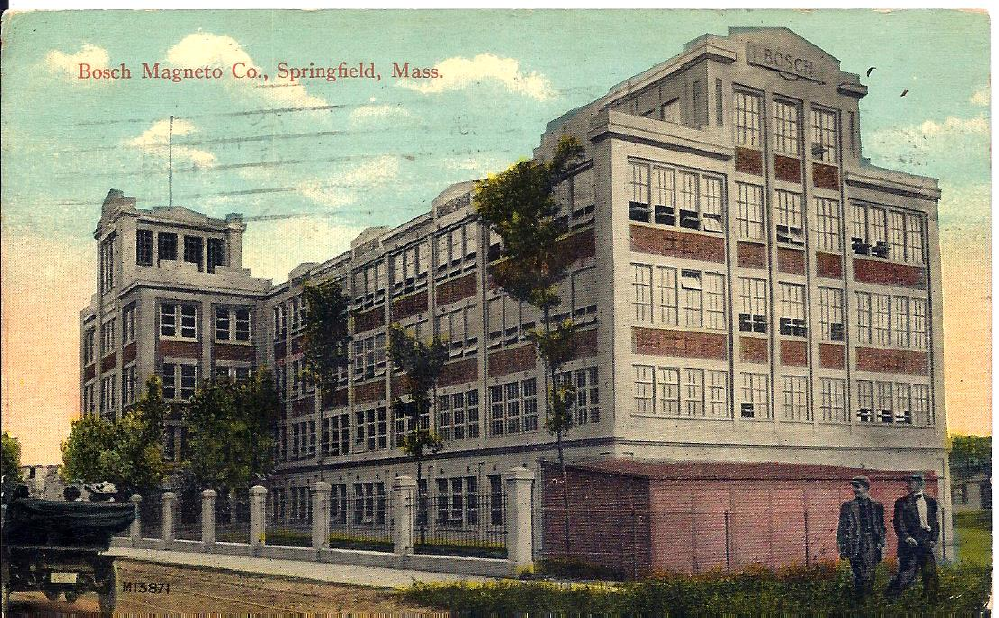 Here is an early photo of the factory under construction in  New York. Note the early company logo. 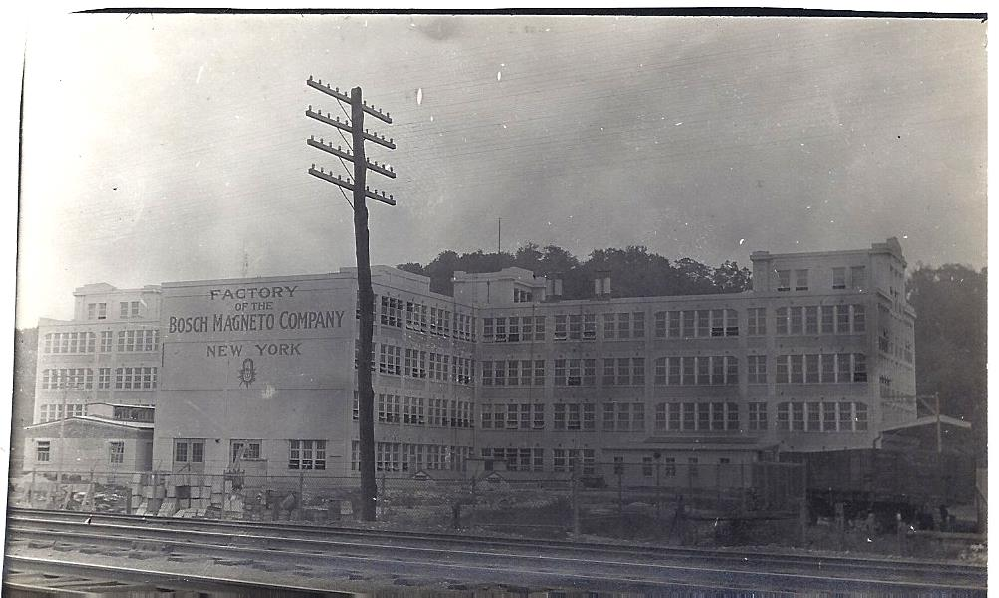 The site of the factory resembled a college campus. Each employee had their own name badge that was signed, dated and embossed and specified when the associate was allowed in a building and which department and building they were permitted to enter. In addition to the signature, the card is embossed with the early company logo. They cared about their employees and their organization. We hope Mr Saner is enjoying his retirement. 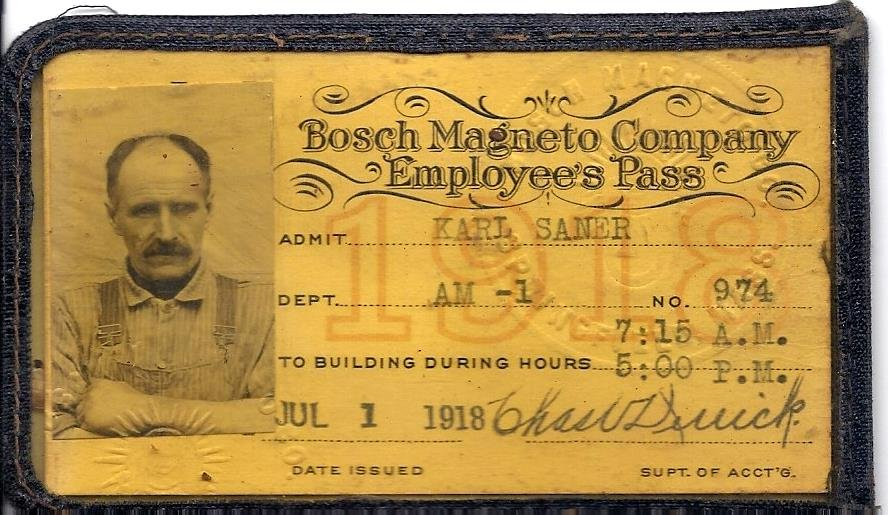 Obviously not much has changed in the service department relative to clients requesting repair estimates.  Repair estimates are typically a moving target and the only way to be sure what is needed to make a device good again is to make it good again, that is, performing to factory specs. 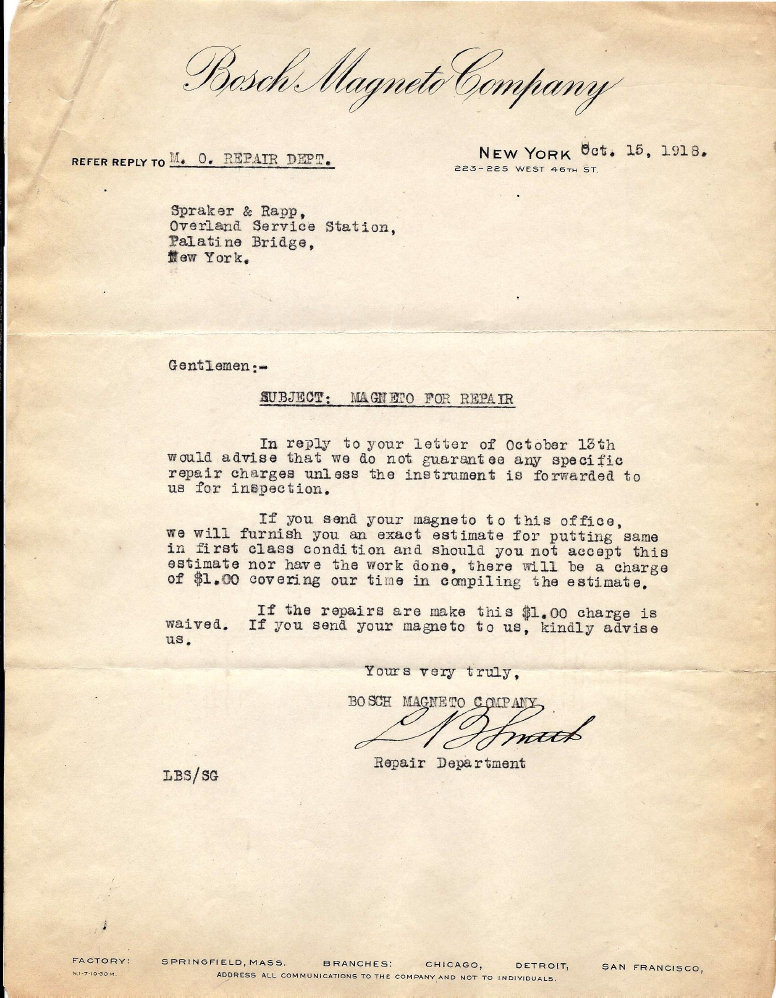 Here is an inquiry about an early Bosch 6 cylinder magneto likely for a large two stroke engine for a tugboat or other large craft. Possibly could be used in a sawmill.

See you at the 11th national auto show at Madison Square Garden! 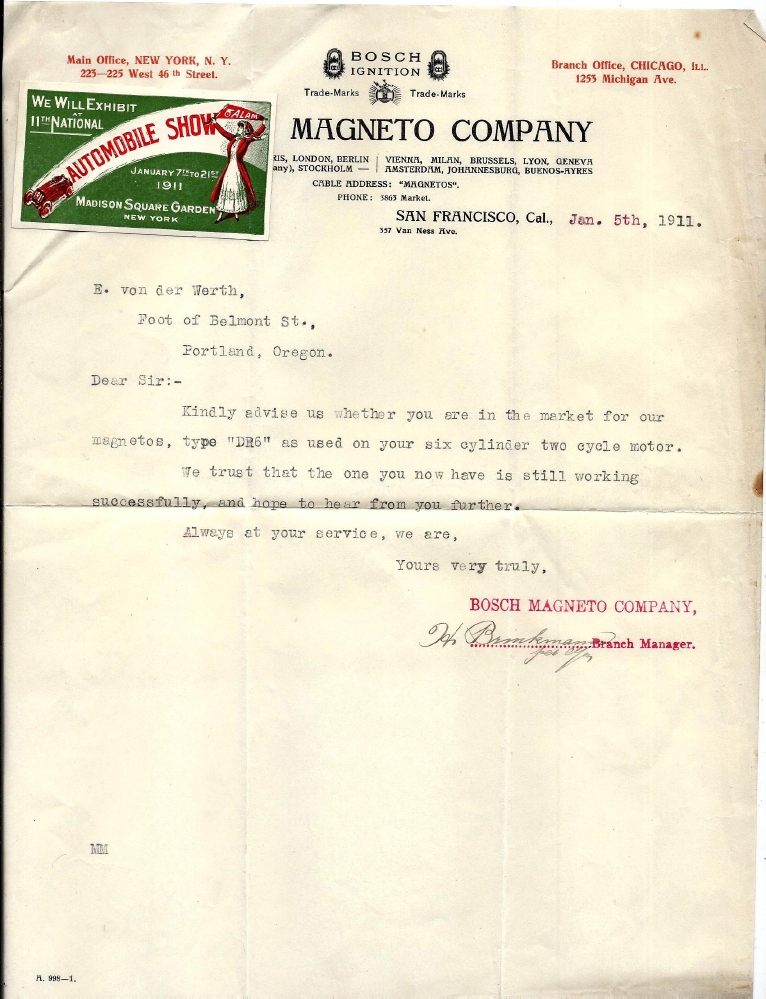 Here is a letter from the Bosch Magneto company sent to Germany probably before or early into WW1 by a G.H. Heins Esq. The ESQ (Esquire) epithet goes back to the medevil days, knights of the roundtable,Black knight, etc and refers to a swordbearer for a knight, or knight wannabe but most would agree it is a title for someone that does not have one. Recall Otto Heins was the CEO of the Bosch Magneto Company.  It would be very interesting to see the text of the letter. The letter to Mr G.H. Heins Esq in Germany is probably written by someone with some serious concerns about his or her employment and the future of the company. 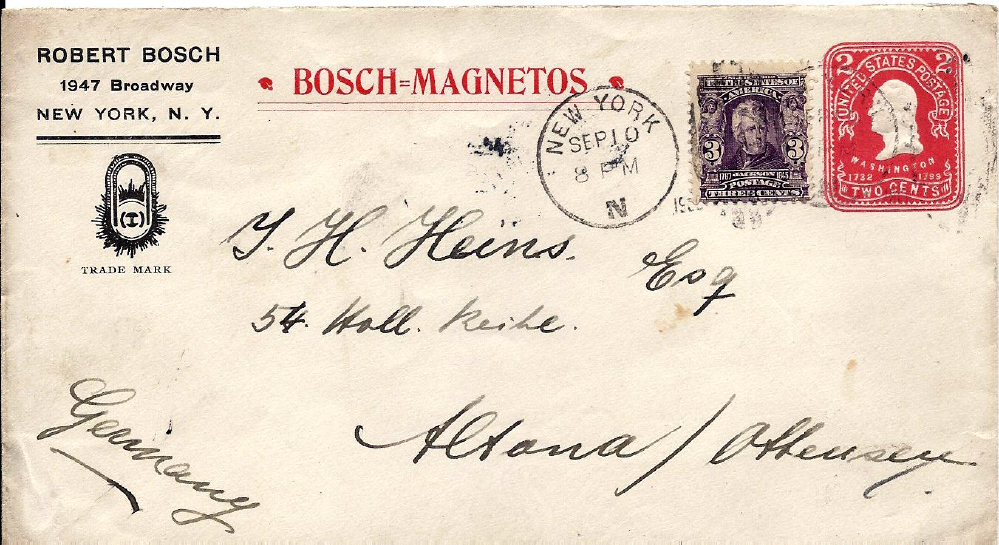