Timber and logging were and still are a big part of Western Washington and Oregon. Here are some images from the past and present.

Paul Bunyan has greeted North Portland at the intersection of Interstate and Denver Ave for 56+ years courtesy of Victor Nelson and son of Kenton Machine who constructed him and with help from the local businessmens association set him in place to celebrate the centenial of Oregon's statehood in 1959. The Nelsons established a trust to keep Paul in fine spirits. 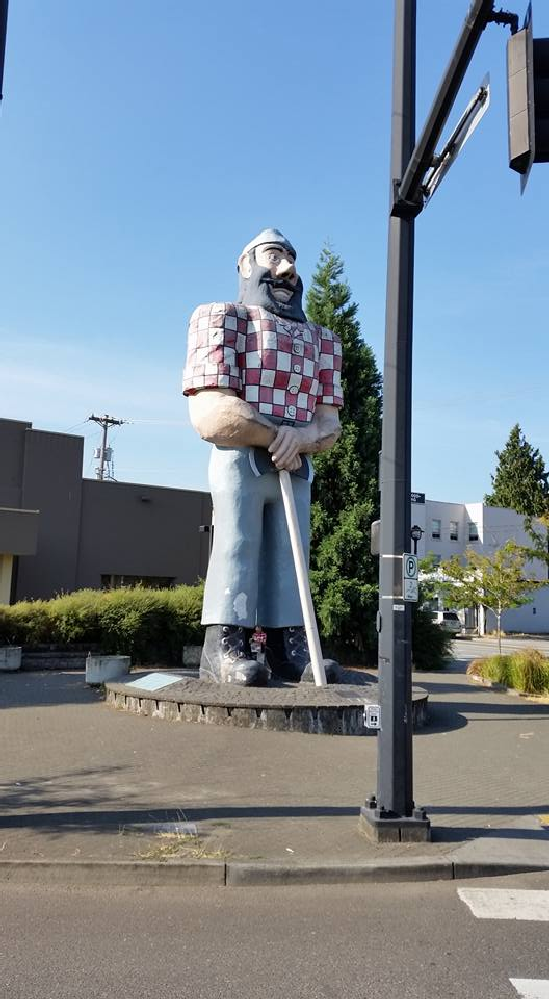 Steam donkey yarding logs near the Lewis River in Washington. 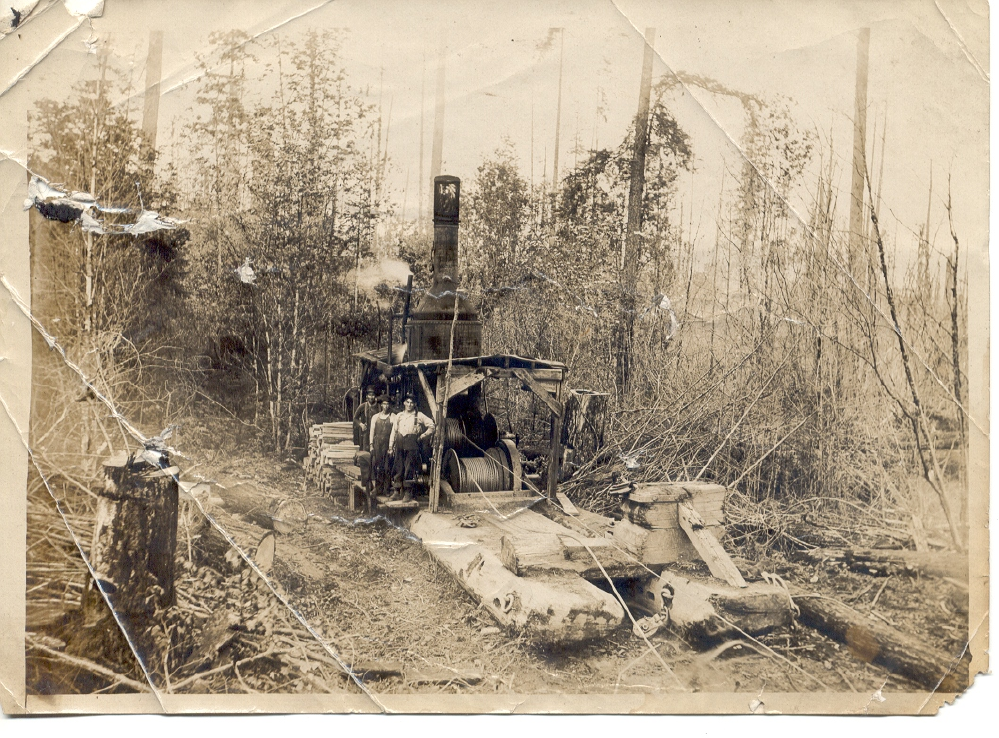 Here is Raymond getting firewood the hard way with an Oregon built Wolf Iron Works dragsaw. 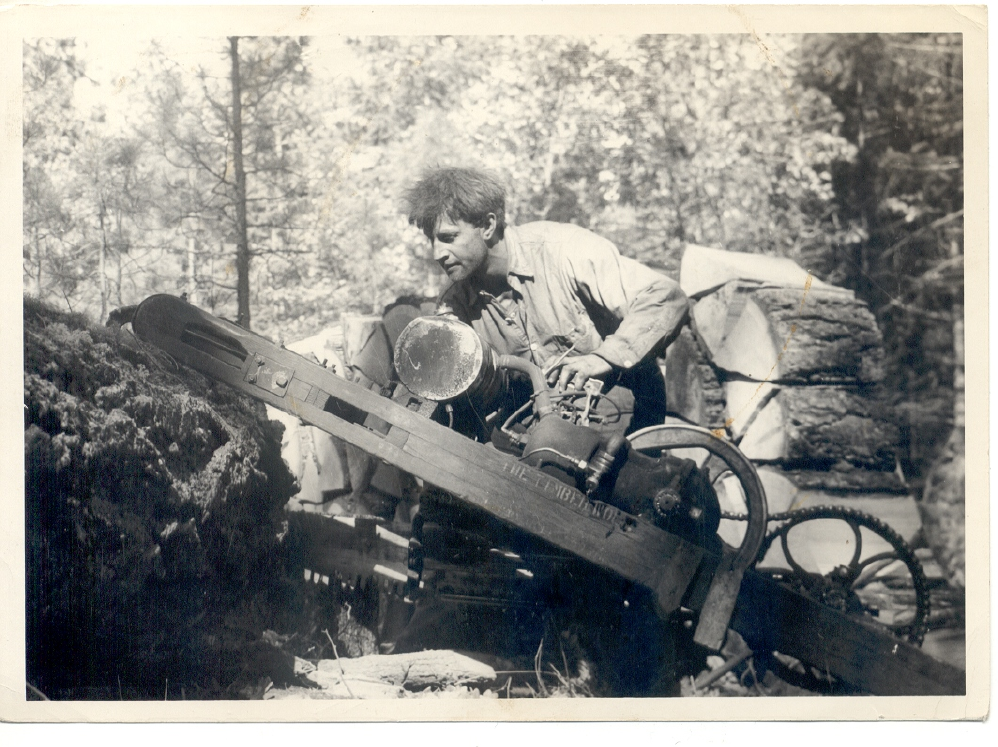 Guy Knowles with Vaughn dragsaw made in Portland, Oregon. The wheel was a huge help. Not OSHA approved. That sawblade is awful close to Guy's left leg. 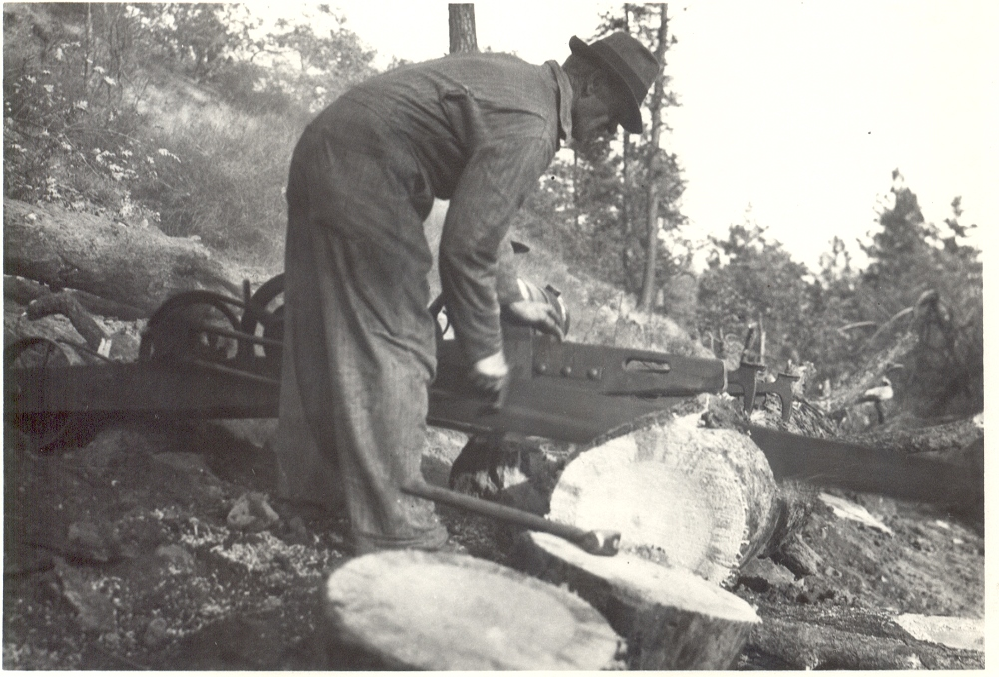 Early R.M. Wade of Portland, Oregon dragsaw and air quality alert.  Dragsaws were two stroke and mixed the oil and gas good and thick. Probably a tad too thick in this display but kept the mosquitoes away and made it easy to tell where Steve is working. 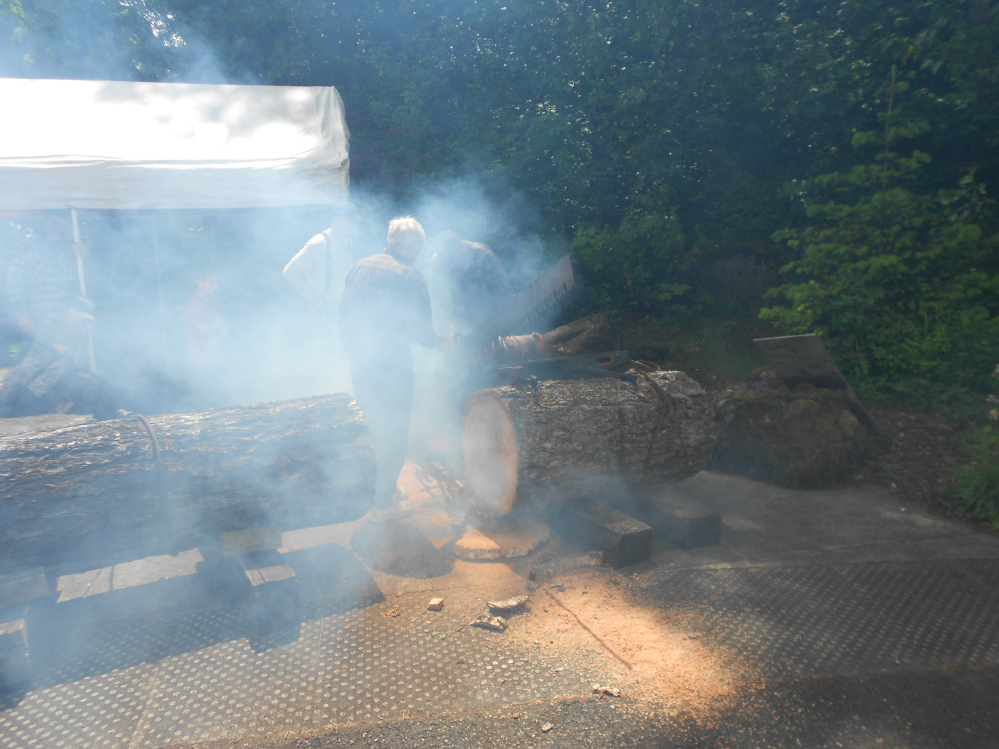 Timber!!!Who cut one??? Early Titan two man saw. Note the rope sheave for starting and not the usual recoil start that came later. 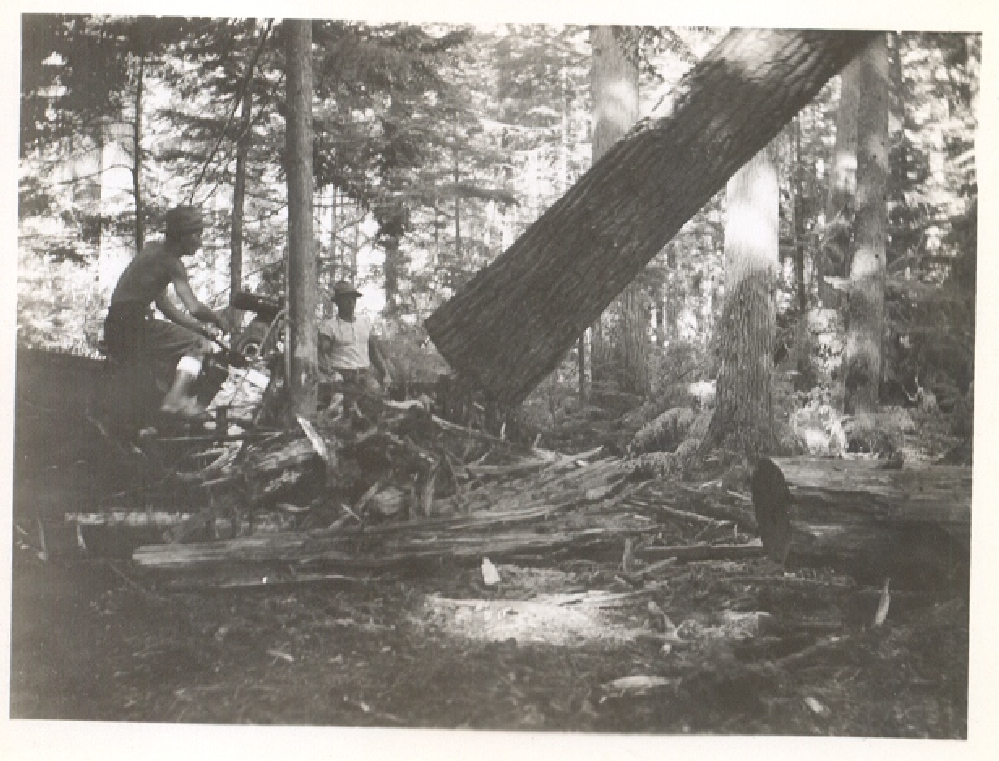 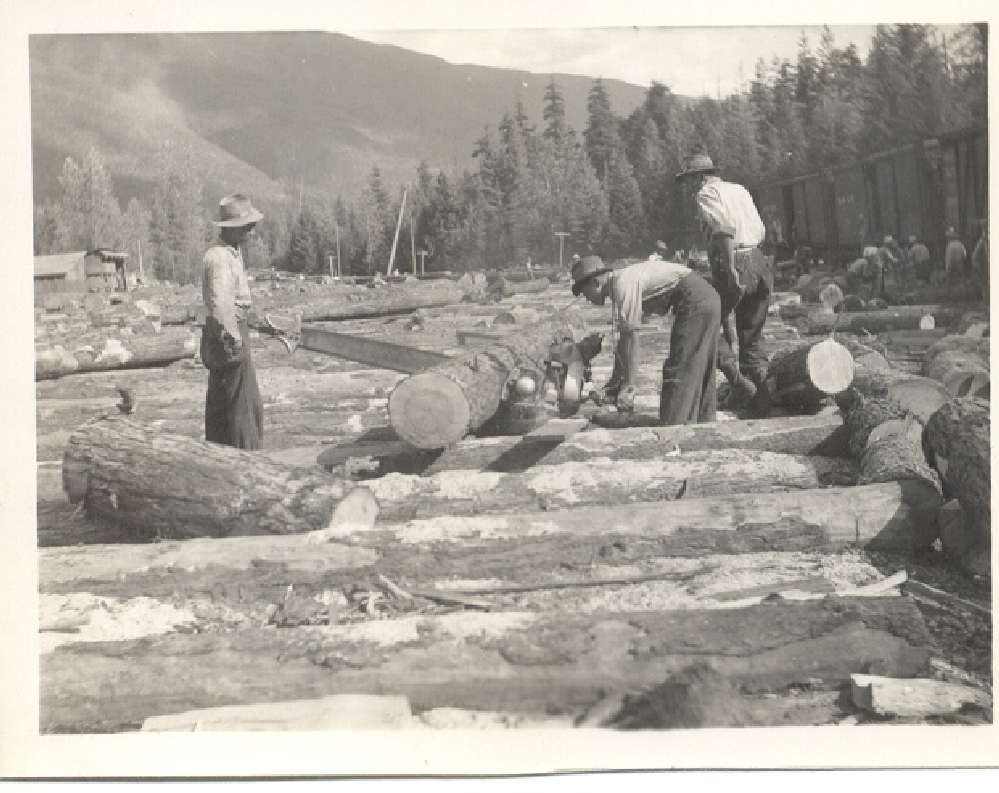 Modern way to cut firewood with two cylinder Mill and Mine Supply of Seattle, Washington Titan Timber Saw. Lightweight, easy starting and quiet. Are you kidding?? 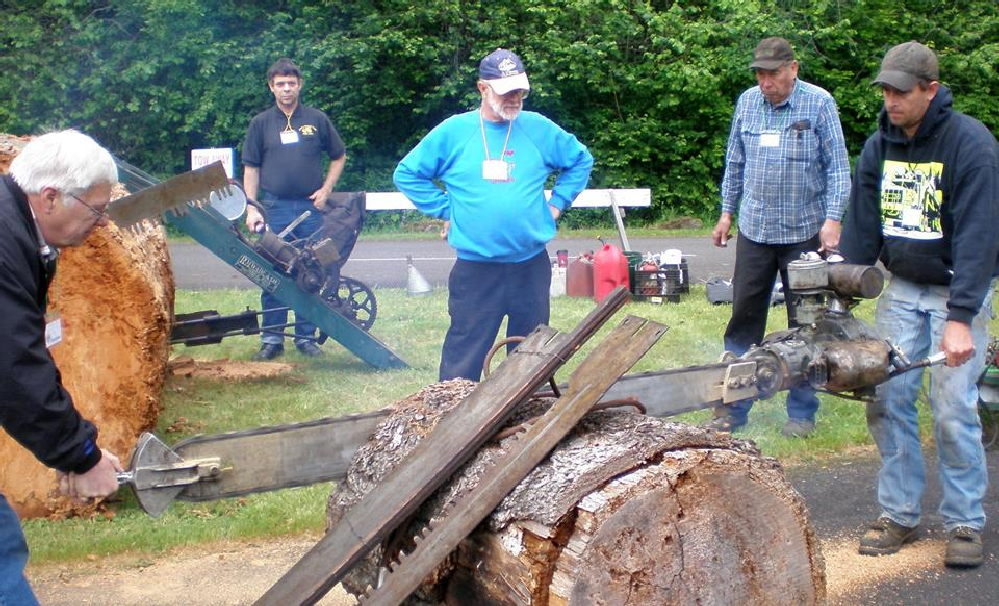 A fleet of White log trucks near Vader, Washington. They look like model 35 or 45s made from 1919 that used a planetary drive in the rear axle hubs in place of the chain drive.

The White trucks had driveline braking and improved steering. The engines were built under license from DeLaHaye of France with nickel cast iron and removable jugs. They employed a Zenith carburetor and usually a Bosch or Eisemann magneto. A compression release allowed easy starting. They in short were durable and reliable. 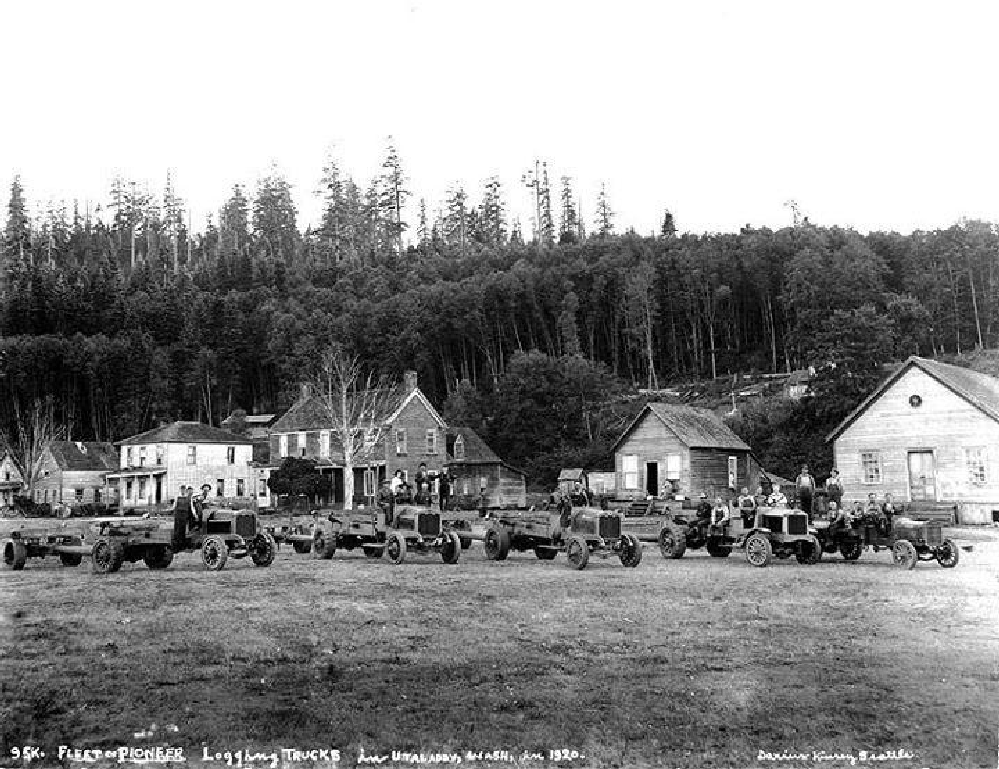 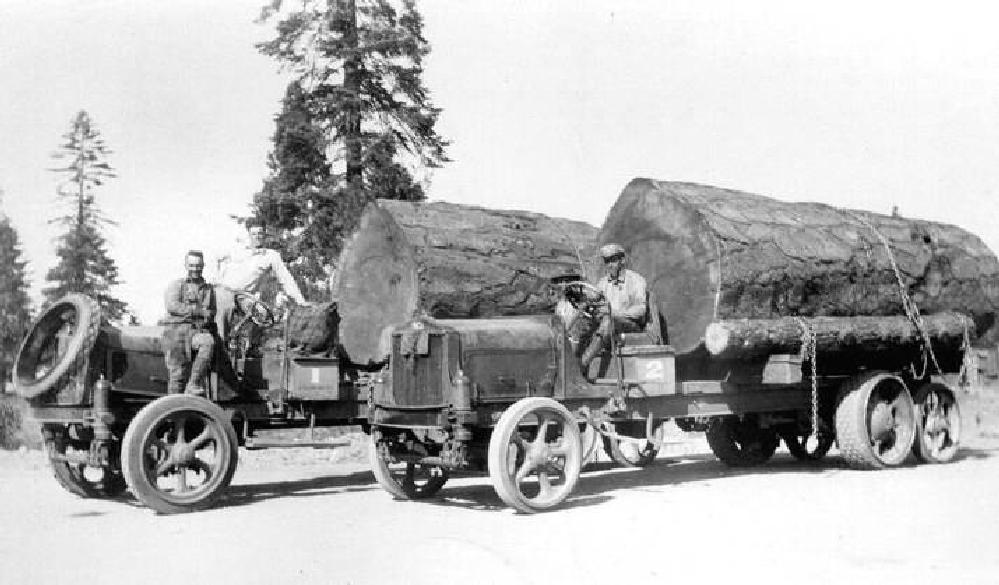 Nicely restored White Model 45 with log trailer in Beautiful British Columbia. I hope that headache rack is secured to the frame. If that log stinger comes down it will hurt. This is an early semi trailer. The bunks on the truck and trailer pivot. 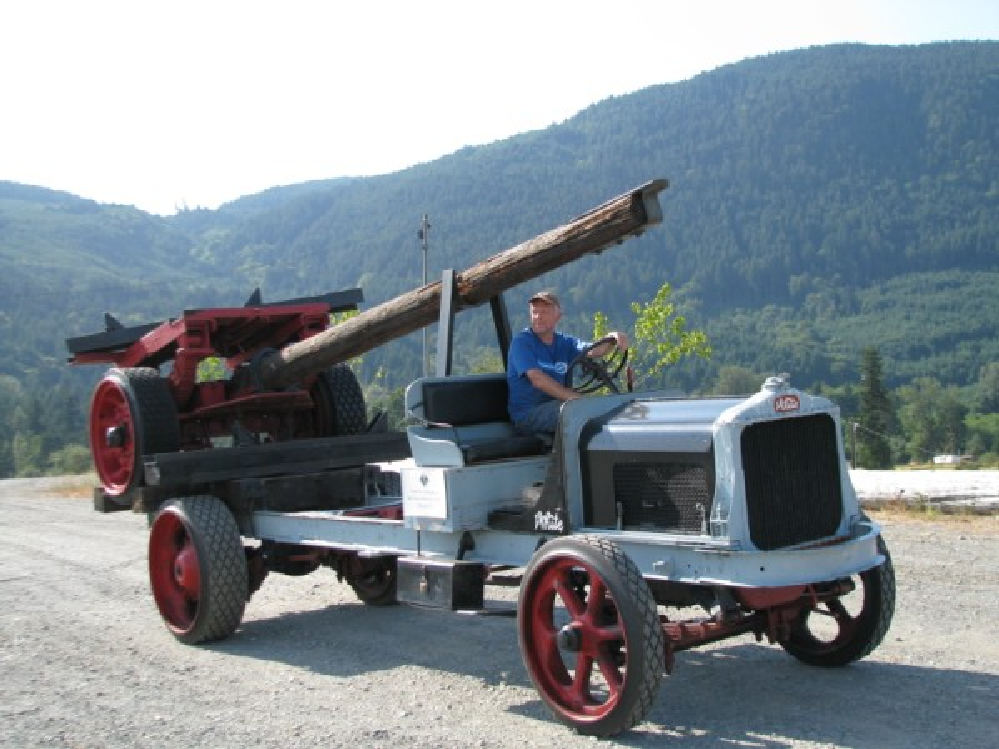 A not so nicely restored yet White model 45 in its natural habitat spared from the scrapper. 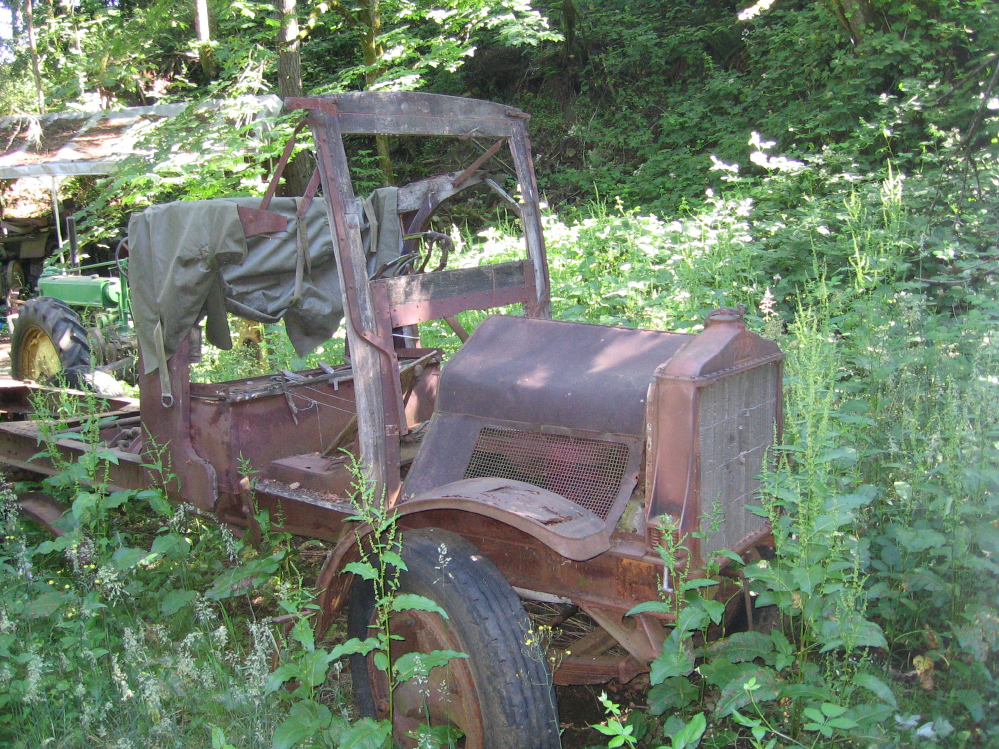 Ran when parked. That is what they all say. This one probably did. It had an out of frame overhaul in 1932 and probably very few hours logged since.  It spent its final years in Seattle,Washington hence the rusty and missing sheetmetal. Not ready for DOT inspection and needs to see the Midas Man to keep most of the exhaust, bugs,rodents nests and soot out of the cab. 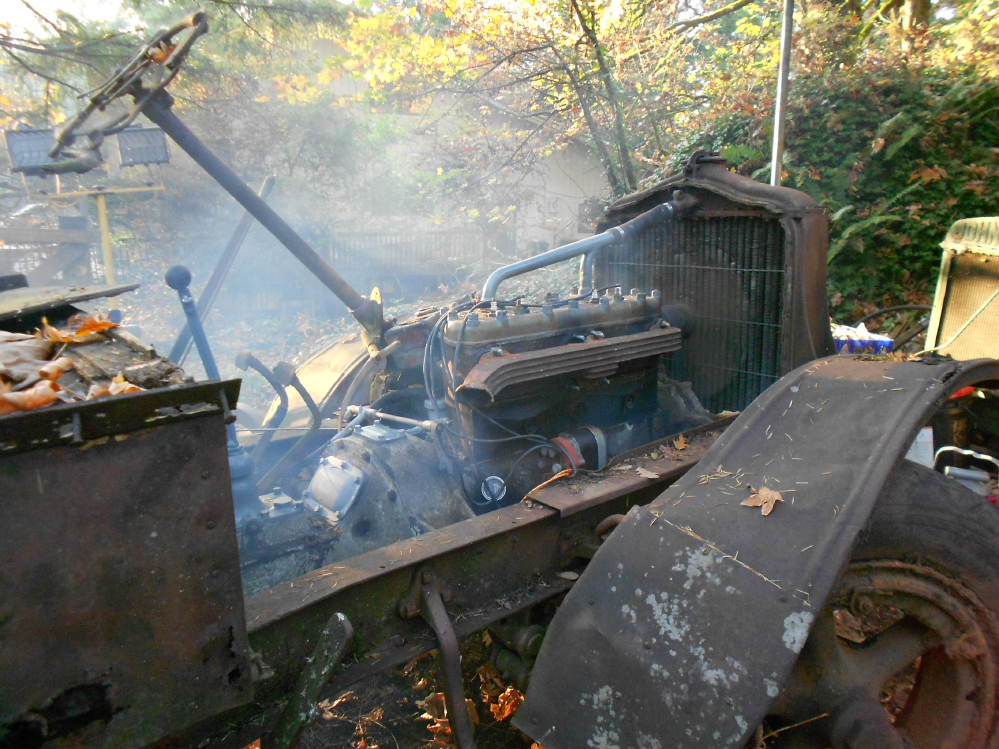