The MJ series appeared somewhere in the 1930's and essentially brought in a modern age design with fewer moving parts, more reliable and less maintenance that endures today. They replaced the wound armature design and are very robust and reliable ignition equipment with a stationary coil and stronger magnets. They typically outlast the engines and will probably last forever with proper service and storage. They just plain work even when not in good repair. 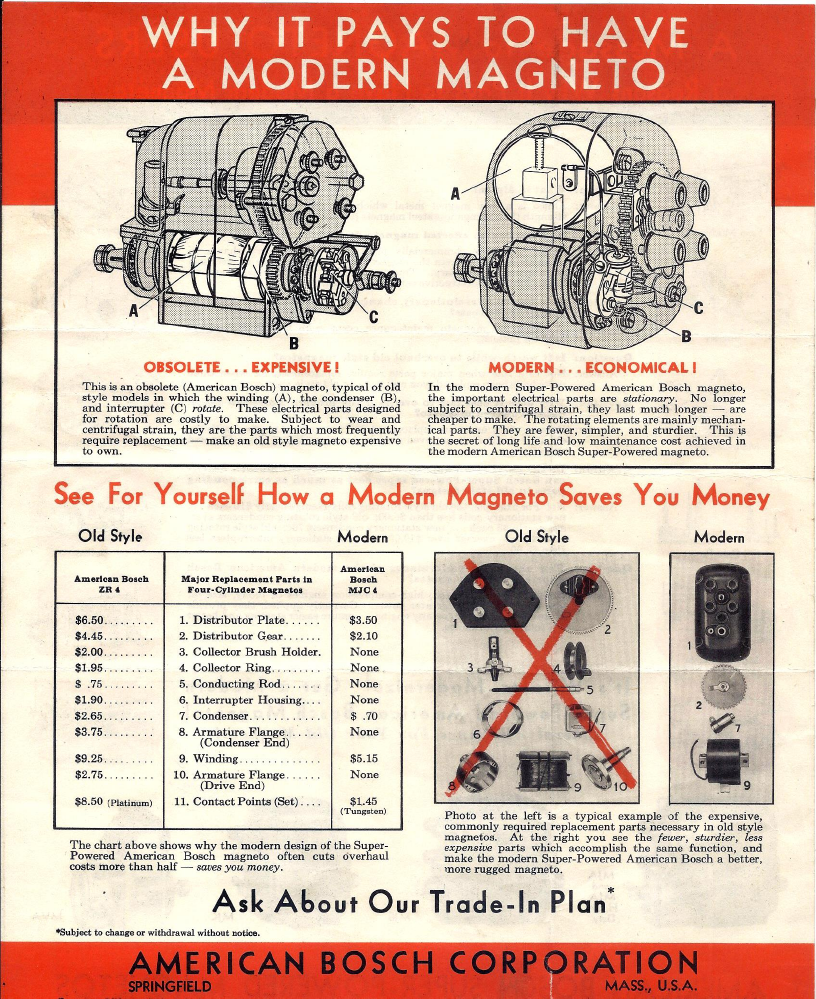 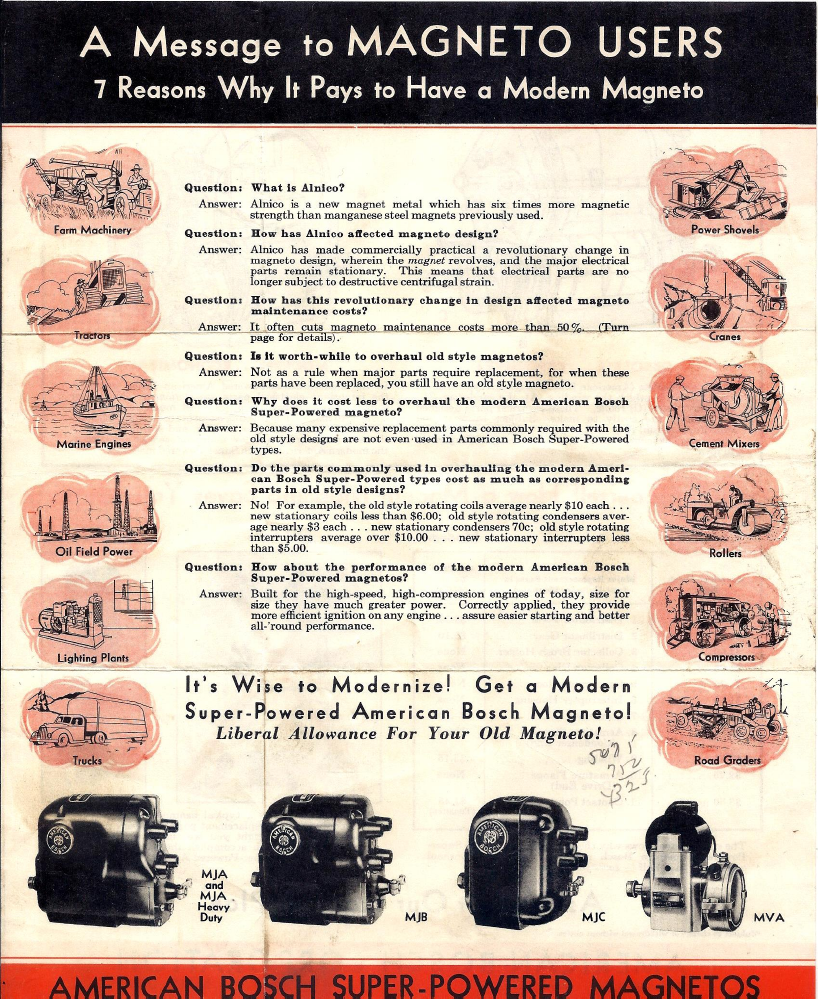 The MJ series as the MJA, MJB, MJC, MJK and to some extent the MV... shared many service and repair procedures as well as coupler configurations.   The couplers used by American Bosch were robust and reliable despite years of neglect and abuse. 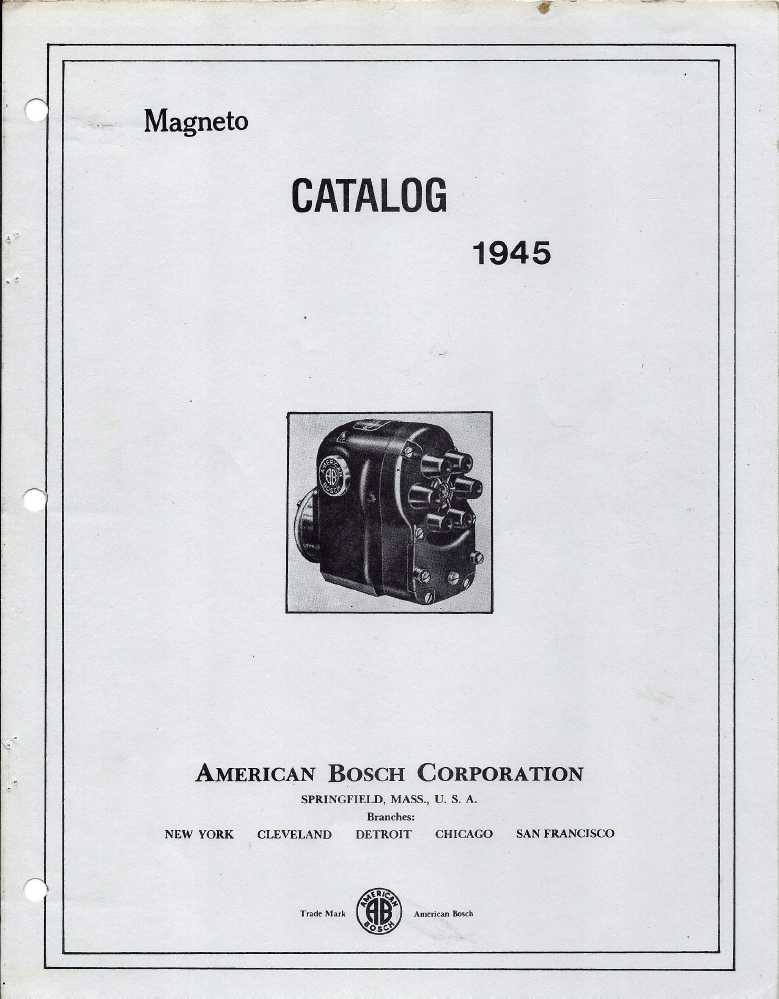 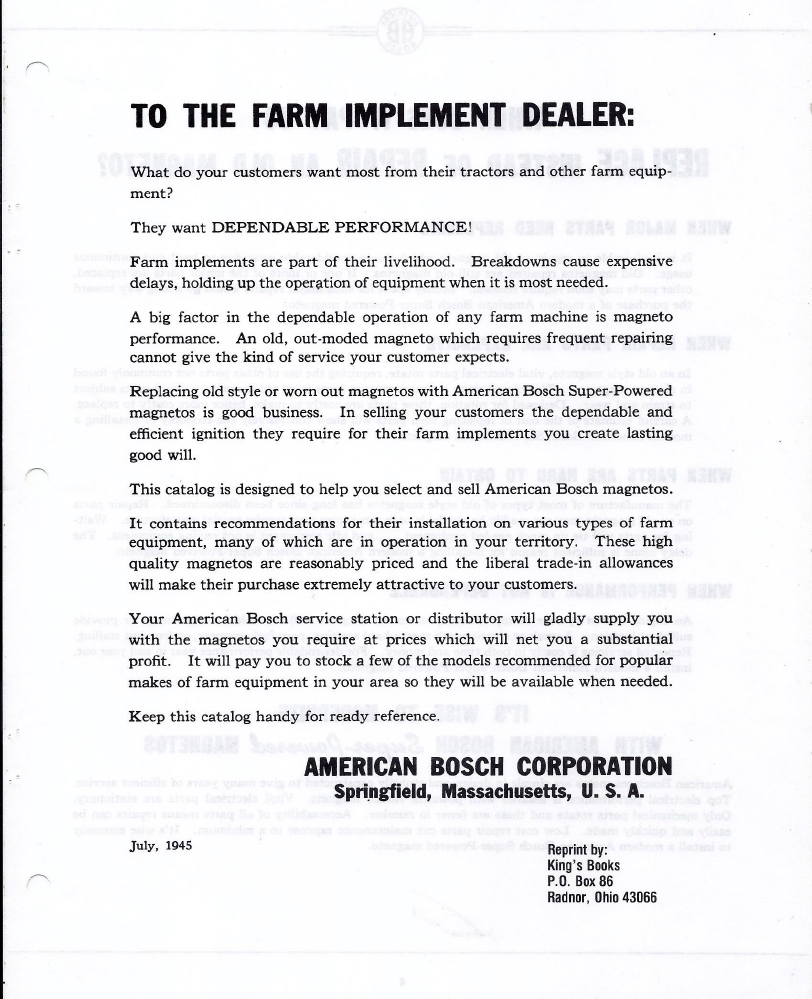 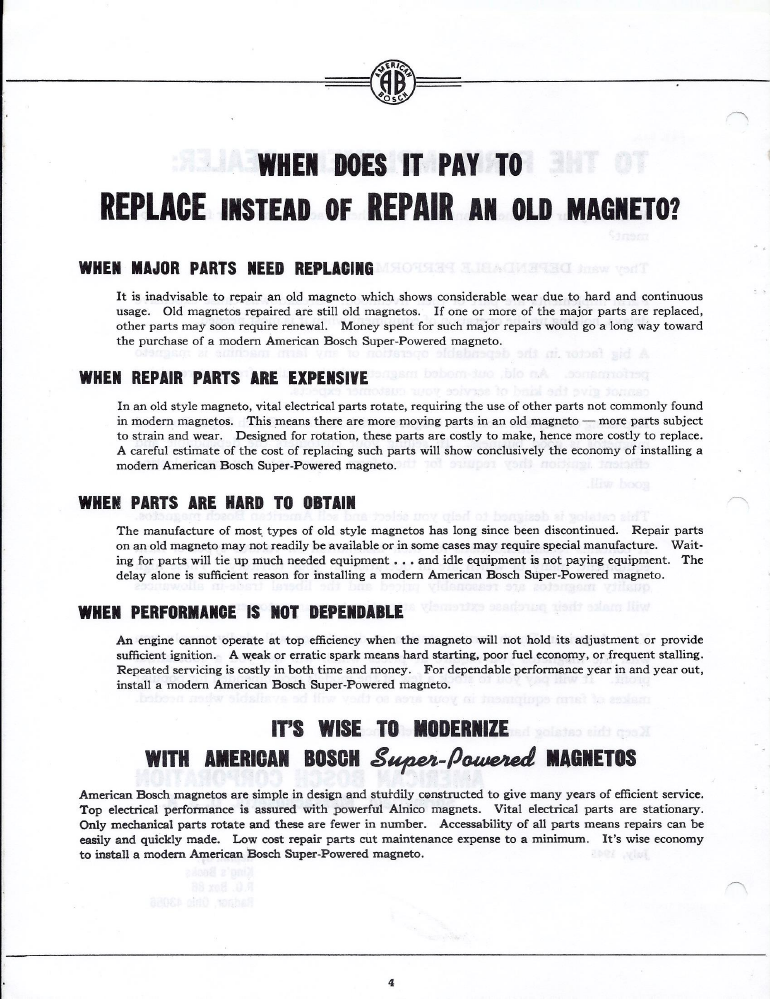 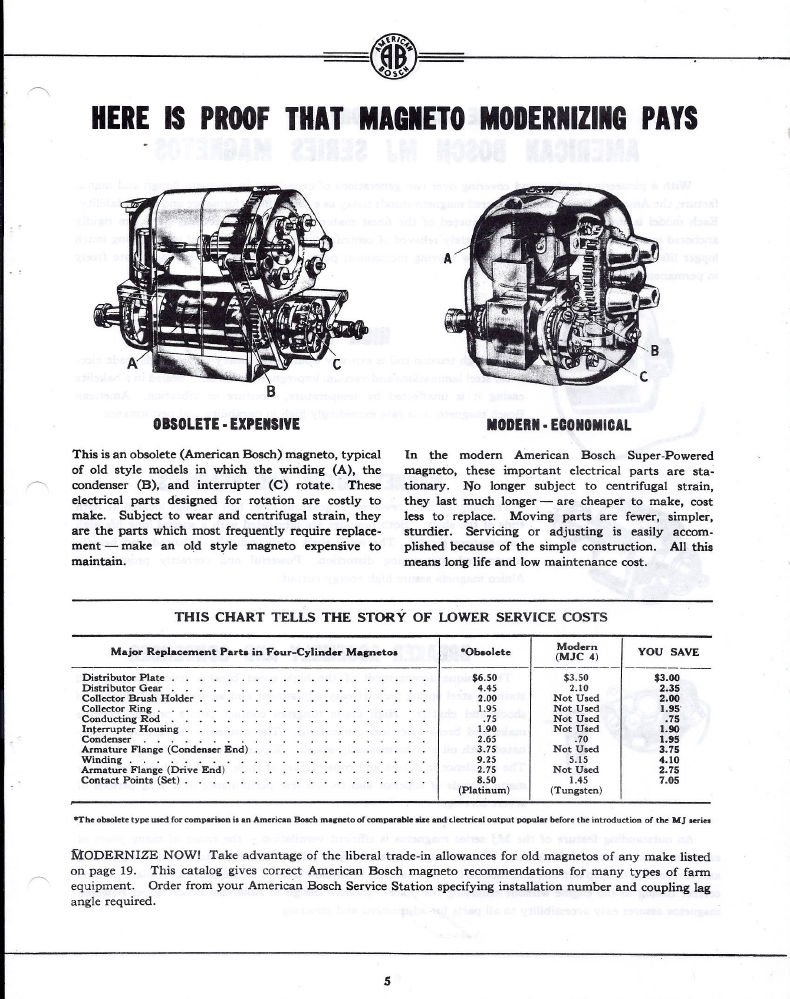 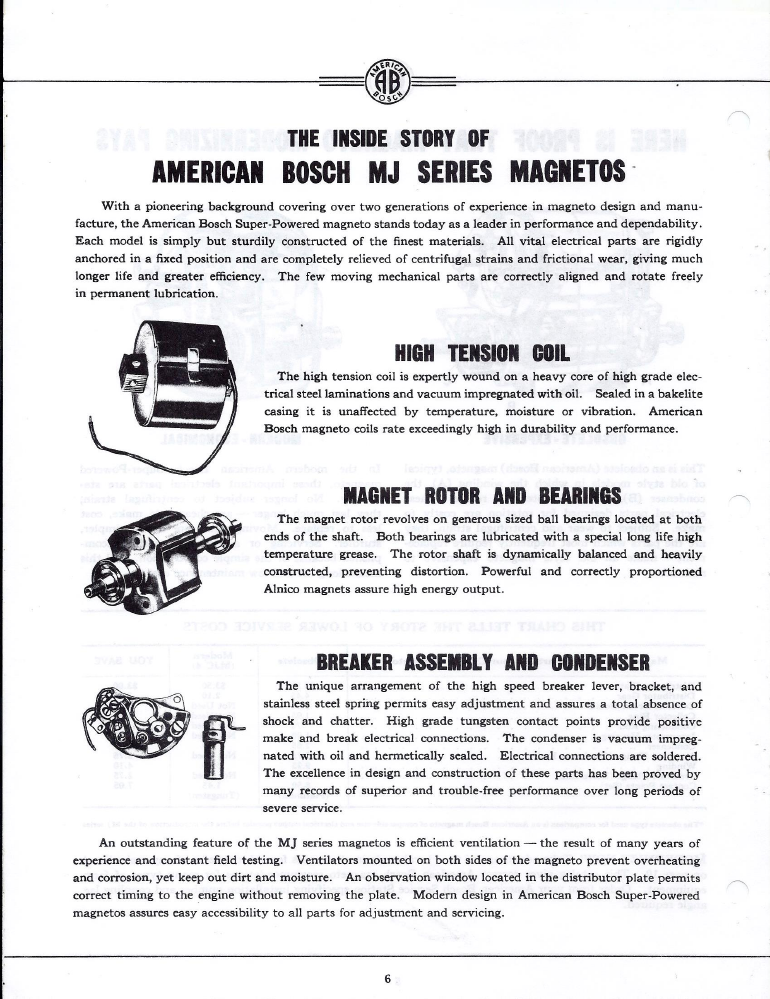 These features all contributed to performance and reliability. many originals survive in working condition after 85+ years of service. 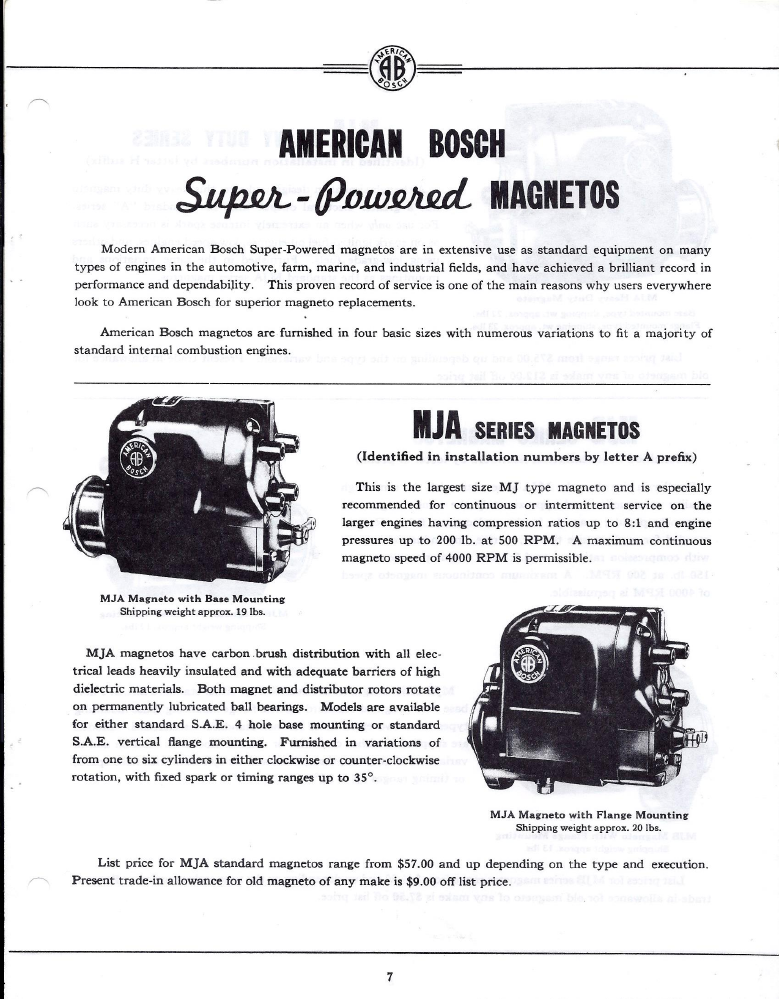 The biggest and baddest of the lot.

Also very hot and robust. Very popular as OEM and replacement on tractors. 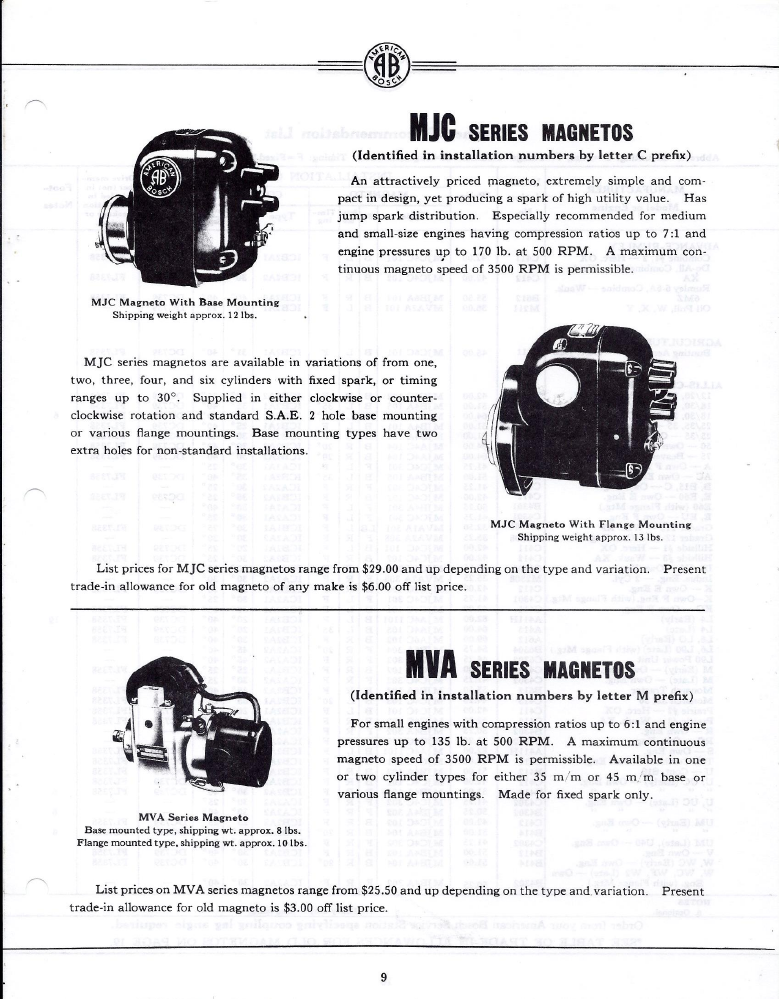 The MJC was the smallest of the MJ family and still packs a bigger wallop than competitors. Simpler and easy to service. The MVA was promoted for small engines and was never very popular. It was used on Gravely and other power equipment briefly. 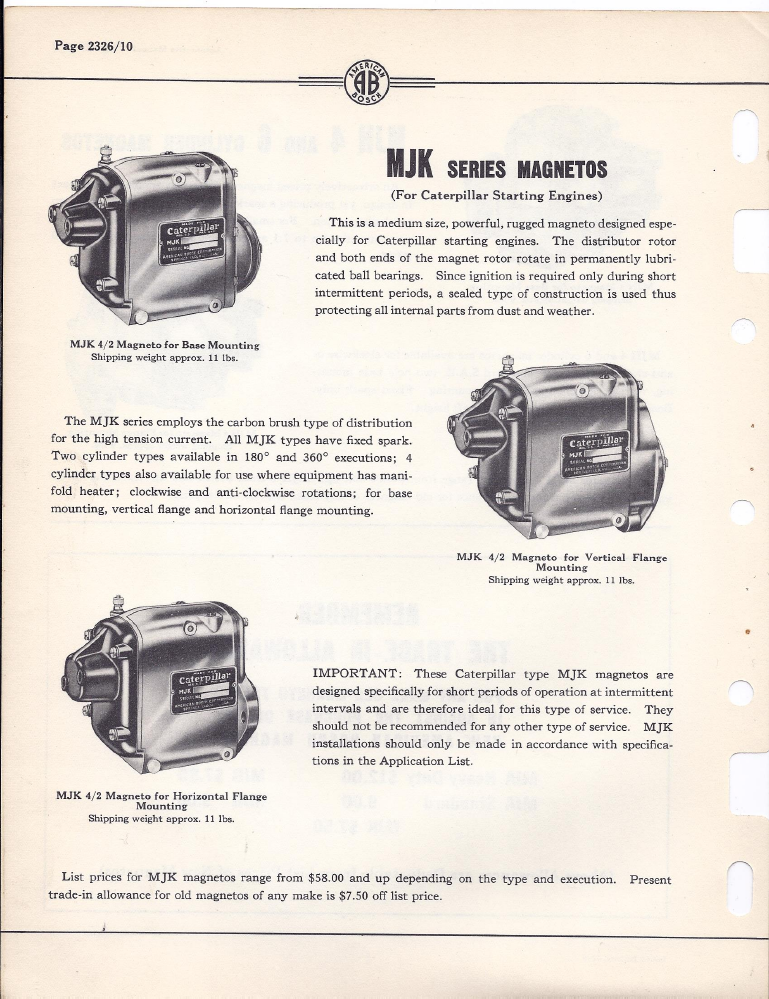 The MJK is a familiar sight to heavy equipment operators and farmers. This was used exclusively by Caterpillar for their Diesel pony motors. They are very hot and robust and vary greatly in mounting, firing order, direction of rotation, coupling, and type of flange.  Caterpillar recommends that you routinely stop the pony motor by shutting off the fuel. use the stop switch for emergencies.  An old logger trick is to roll the mag over  till the impulse snaps if equipped or till the flywheel is in the firing position with the stop switch in the off position when putting the machine up for the season. This leaves the magneto wuth the points open and not touching each other. This will  reduce corrosion  and hopefully easier starting next season. the jury is out on that one but it makes sense.