This early G4 appeared in the mid to early teens. It had a rather complicated diecast breaker assembly that did not improve with age. The potmetal would distort and crack and generally get ugly so some pilgrims would ditch the early breaker and replace with the later breaker and cam. I certainly hope someone will get brave and reproduce them. They used a brass base and had a tin or zinc cover with a brass tag with oiling instructions. The armature was wound with the primary lead fastened to the shuttle with a small screw for a ground so you will not see the ground lead coming from the armature. When all things mechanical are well, they are a hot and reliable magneto.The magnets are large and robust andthe windings have power to spare.  They like many Eisemann products used some special pitch metric threads(5MMx.75).

Some of these had a shorter straight drive shaft in lieu of the usual tapered shaft with a Woodruff key for special applications like early Dodge Brothers before Horace and John used the Northeast Distributor and coil. This is from an early Eisemann manual.Hopefully it will shed some insight and spare some grief. 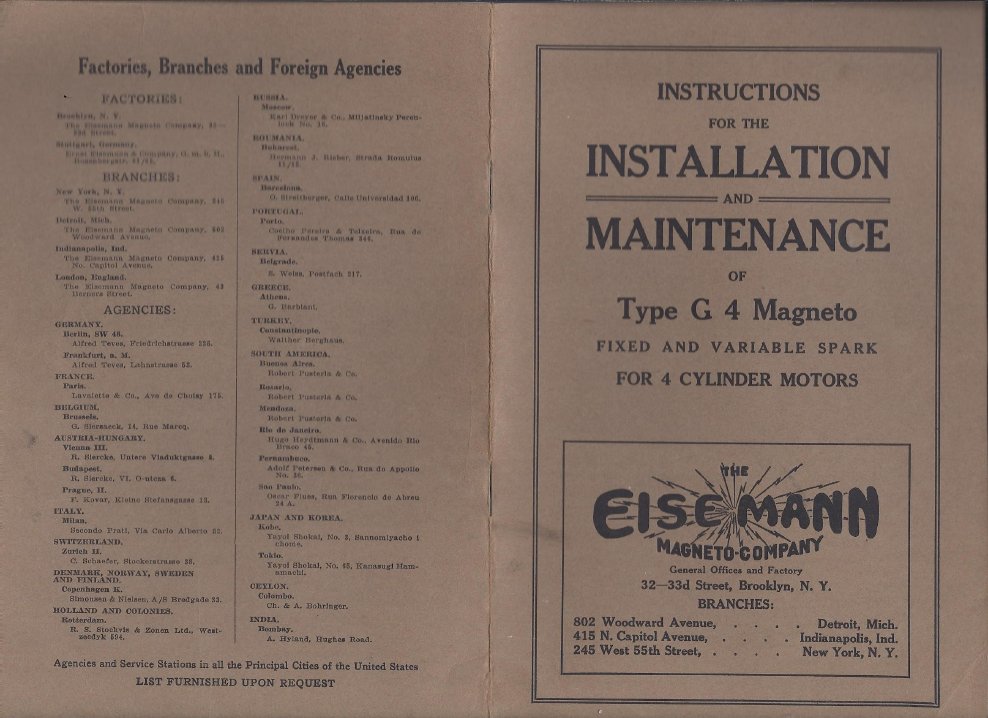 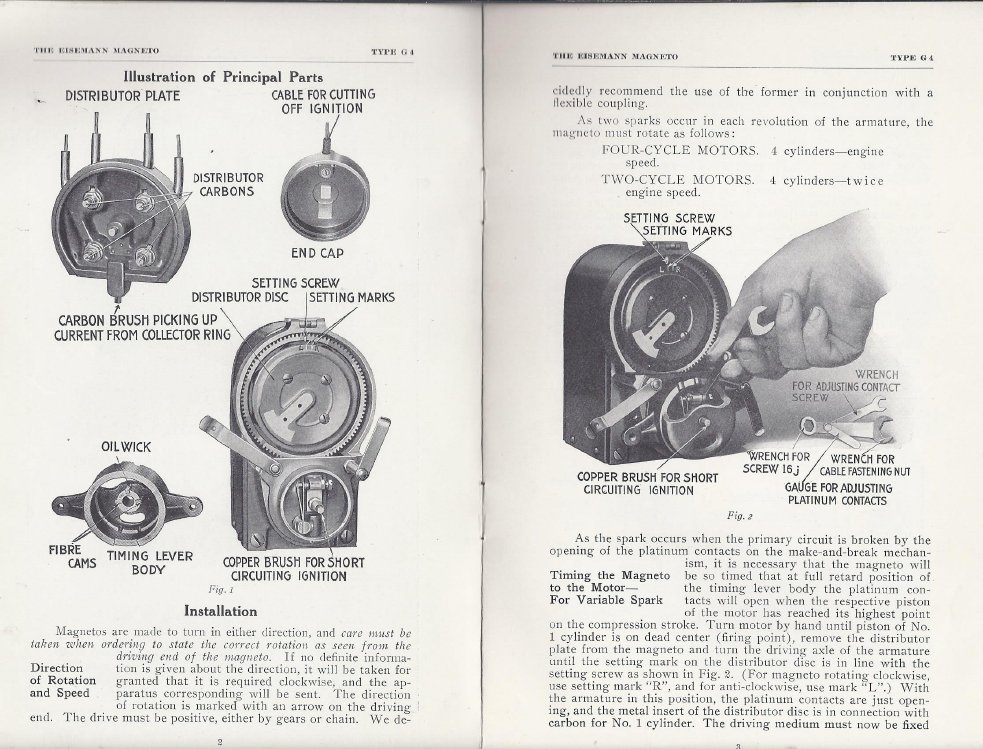 Plug wire connections are to the brass hex nuts around the brushholders. Don't forgt the grounding brush connection (stop switch) for safety. Some of these had  extra wires

that connected to a brushholder at the center of the distributor rotor and one to the armature  collector brush. This was done to use a dash mounted coil and battery for starting. 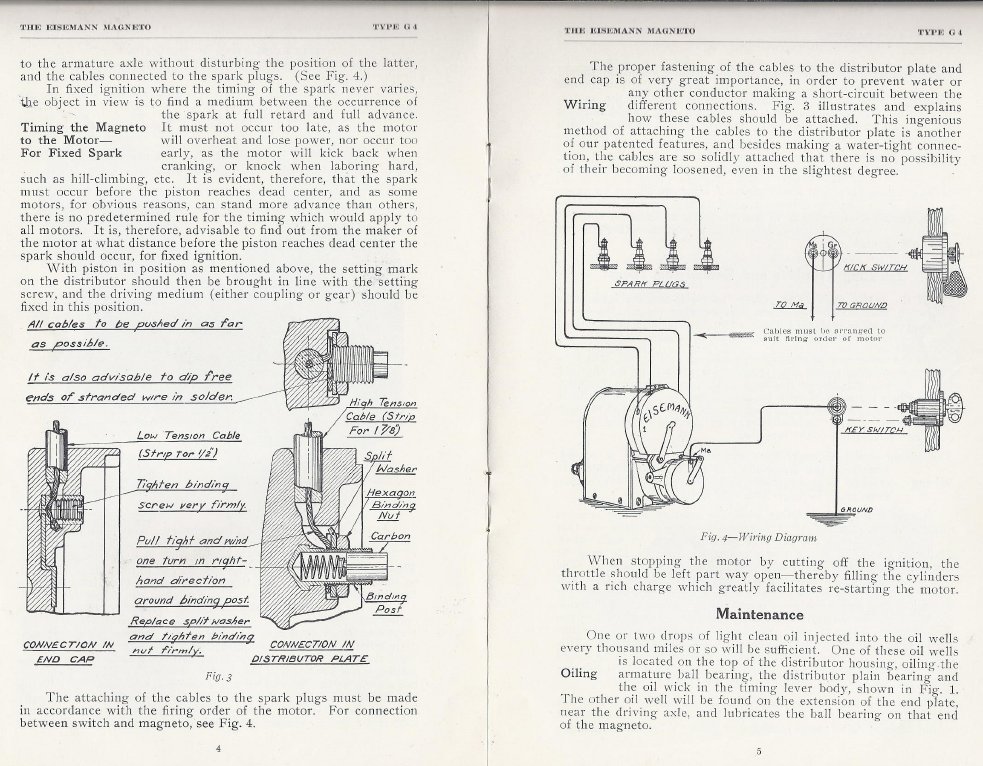 The grounding, stop or "kick" switches are rare and expensive. Almost any single pole single throw switch will work. Be certain that no power gets connectec to the grounding switch by accident. It will damage the points and coil. 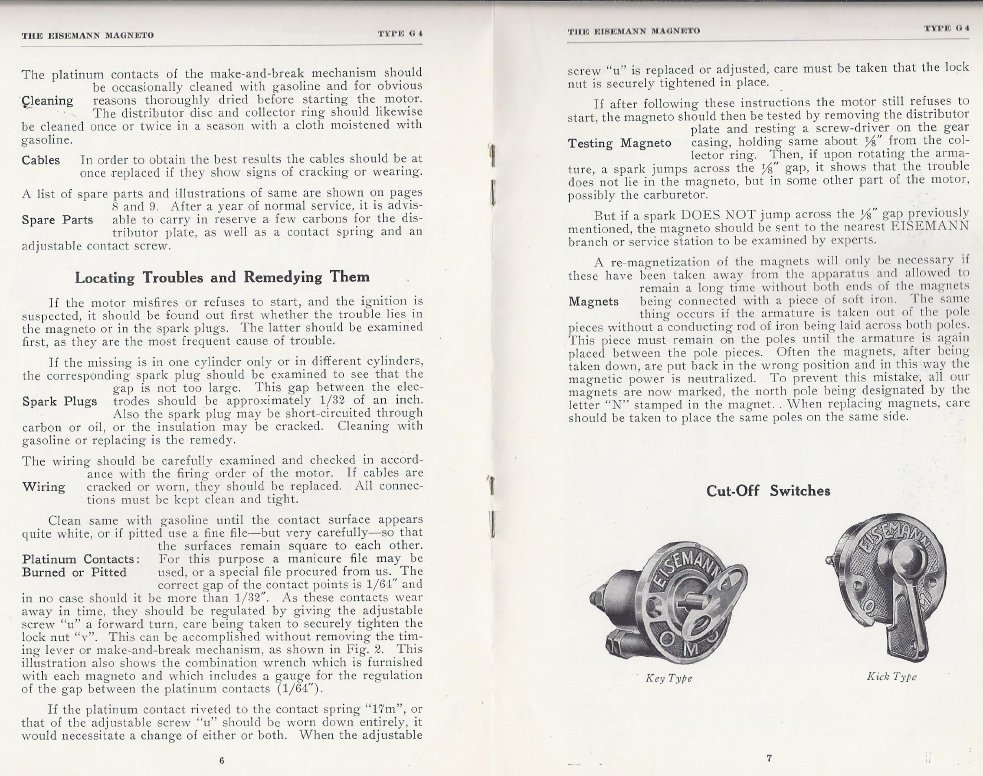 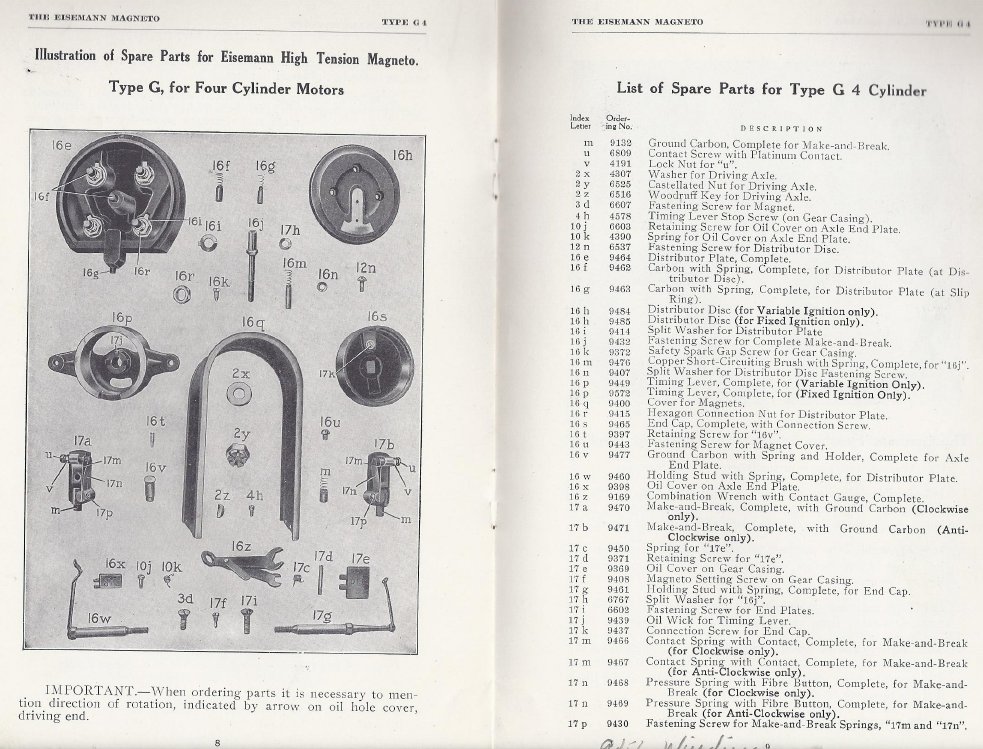 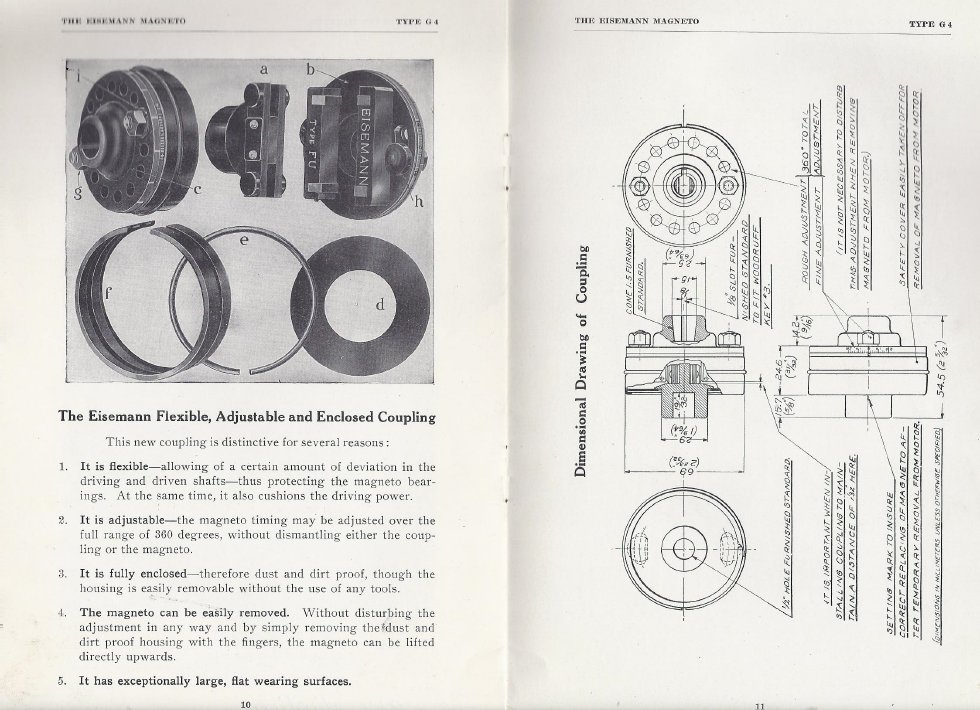 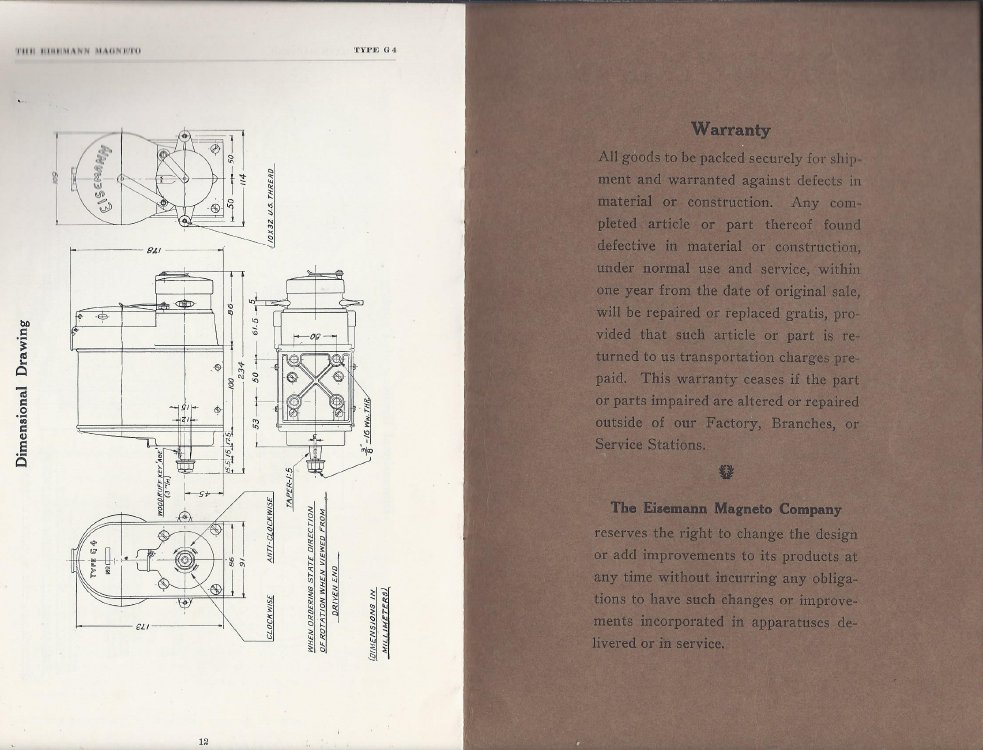