The FMX2A and FMX2B magnetos base mount and flange mount 2 cylinder devices that fire at 180 degrees. They are a modern robust design and appear in some John Deere installations, Wisconsin engines, Caterpillar Pony Motor engines and many others. They suffered from moisture, petrified grease, and occasionally insulation seepage. Sometimes the coil insulation will turn into sticky goo and glue the magnetic rotor in place. The coil is held in by two 1/4-20 slotted head setscrews. If the setscrews do not come out peacefully, do not force them. They are somewhat brittle and it is easy to break off one side of the slotted head.  If they are tight, give them some heat with a propane torch. It will make the housing grow and nearly always the screws will come out. Some appear to have a keeper compound that lets go when it gets hot. After over half a century, it is best to pull the impulse coupler and the bearing shields and seal to wash and repack the ball bearing with some fresh modern grease.

Here is some factory service information to share with kind permission from Fairbanks Morse. 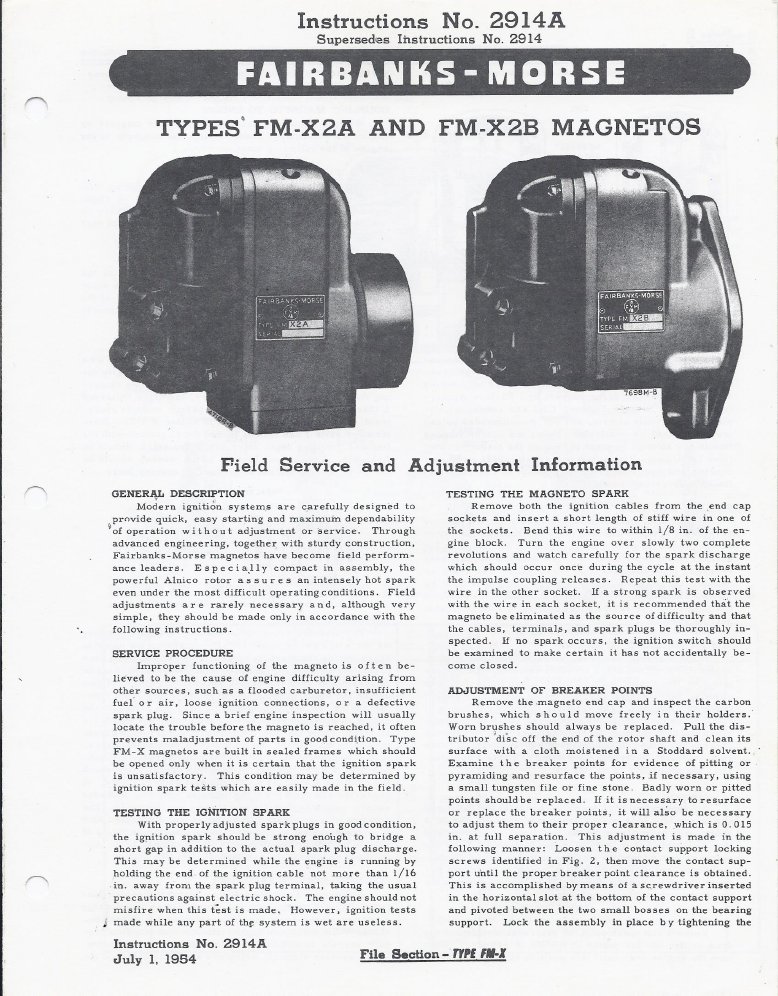 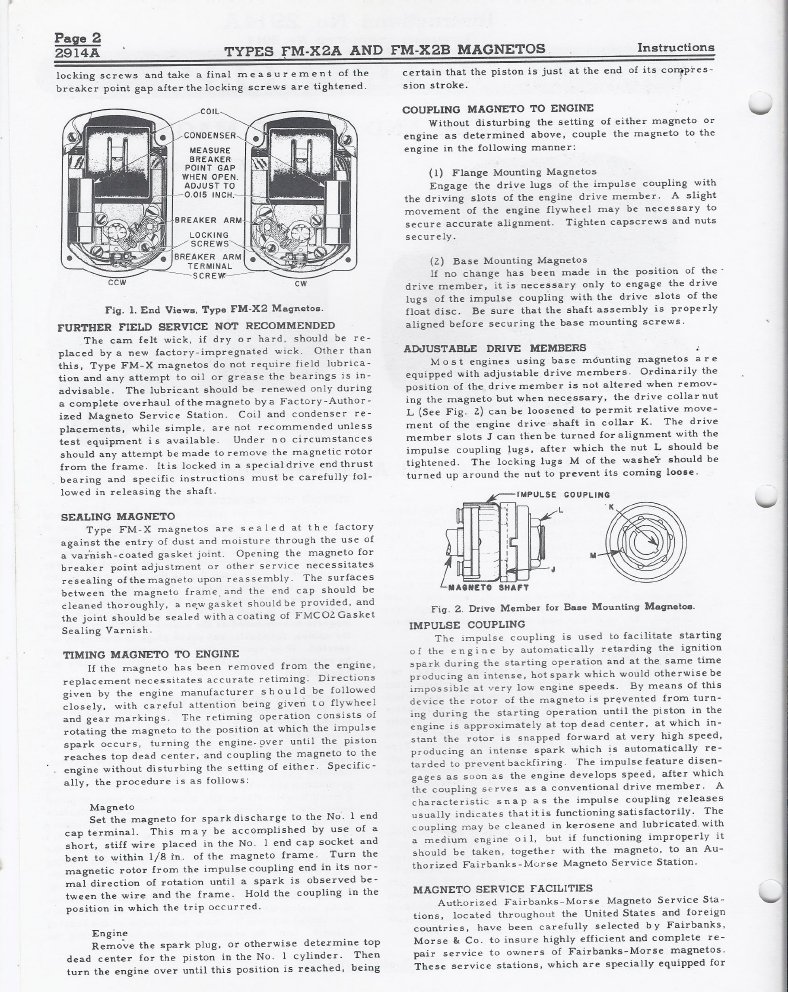 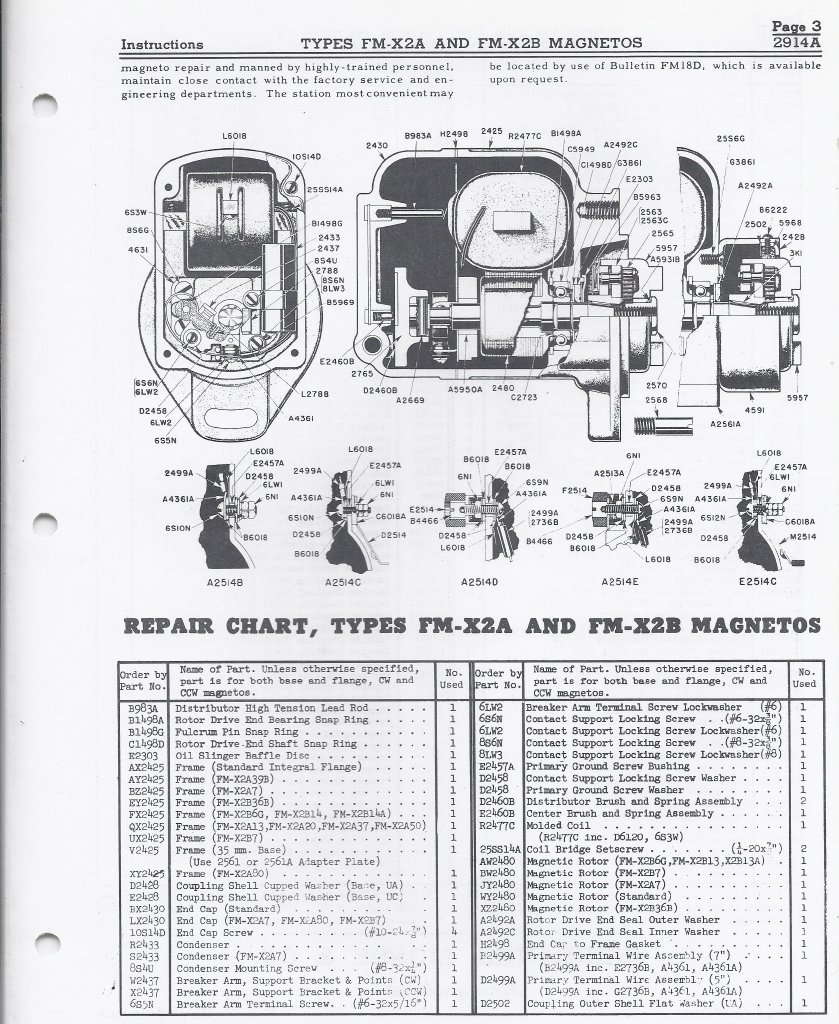 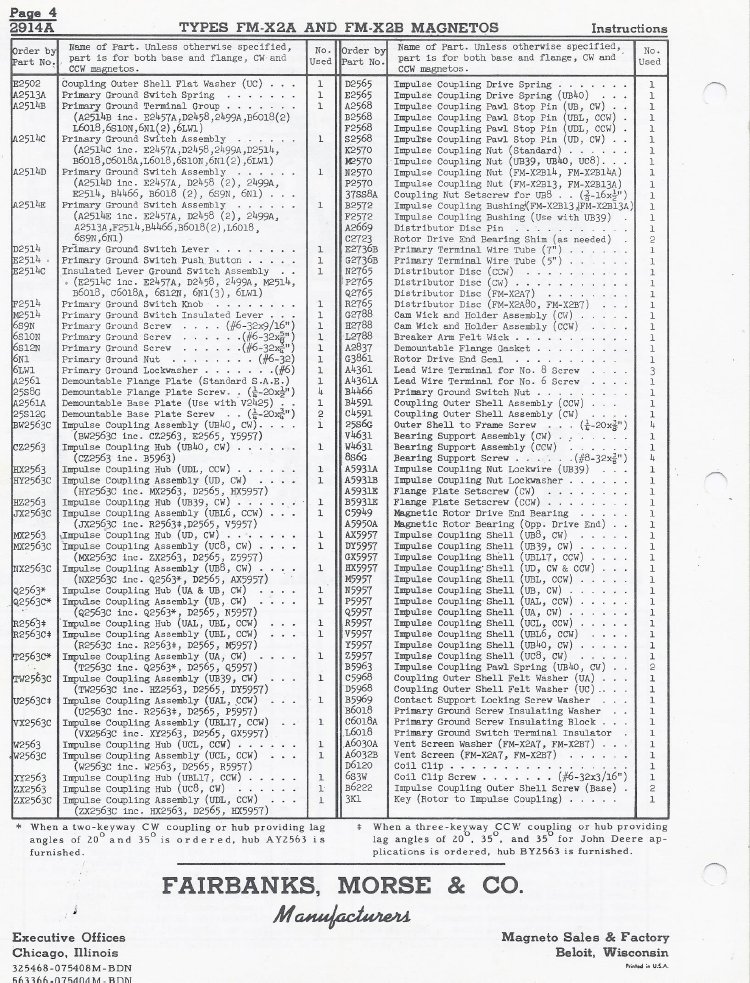