The Eisemann model G4 Edition 3  is a later version used by many tractor manufacturers including Buick,Allis Chalmers, and Caterpillar as OEM equipment. It uses a massive wound armature and magnets and is a hot potato to say the least. It has a different distributor cap from its predecessor that is held on by  5MMx 0.75 metric screws (These are a special pitch that you will not find at the hardware distributors nor any Helicoil inserts. Handle with care!).The early G4 used a rounded cap with the wires coming out the top and was held in place by a large spring clip. The diecast housing and phenolic cap are very fragile to say the least. If you intend to send or receive one of these via a common carrier always keep in mind that these are fragile as eggs and irreplaceable. The plug wires do not simply plug in, rather are hardwired to the cap and retained by setscrews lurking under the carbon brush springs deep in the brushholders. This is described in the manual to follow. The wound armature like many is subject to insulation seepage and the ravages of the sticky goo gluing the armature to the poleshoes. Most used a mica insulated condenser in the base of the armature that is nearly immortal. If all things mechanical are well and the armature is not infested with sticky goo they are a superb mag. 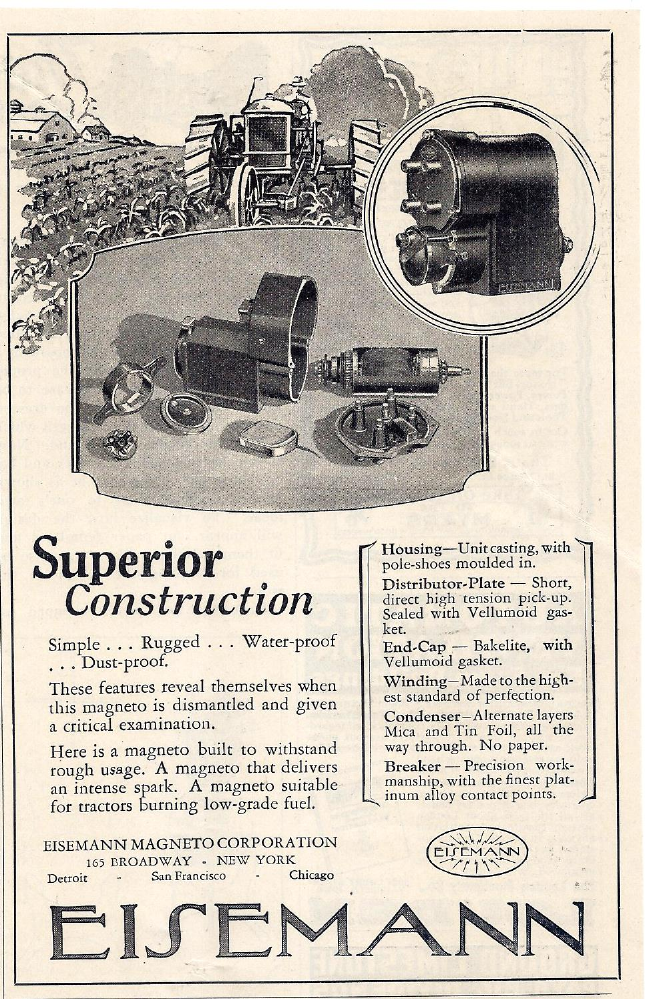 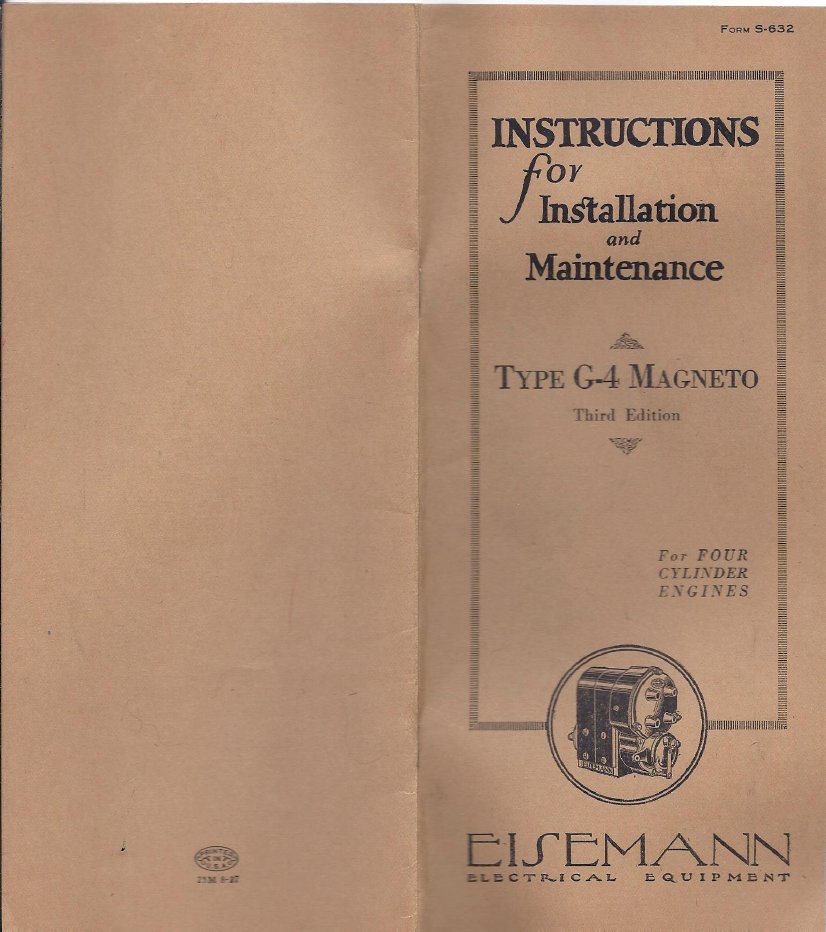 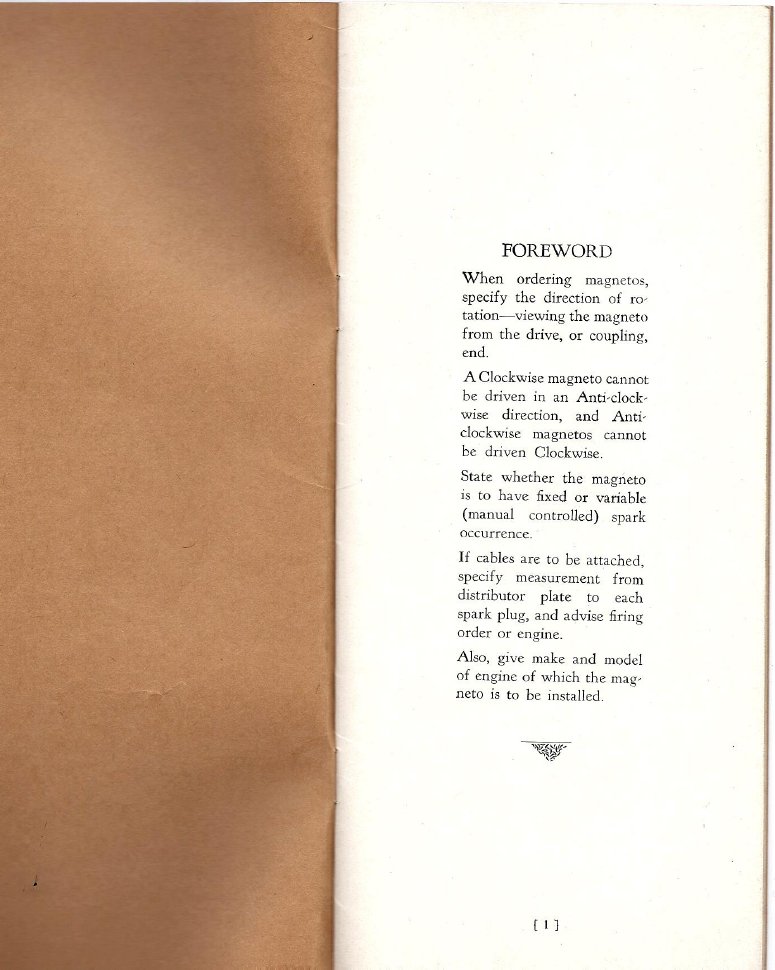 That large flat distributor cap is often found borken. The carbon brushes are metric dimensions with the 10-32 setscrews for clamping the ignition

wires hidden under the brush springs. 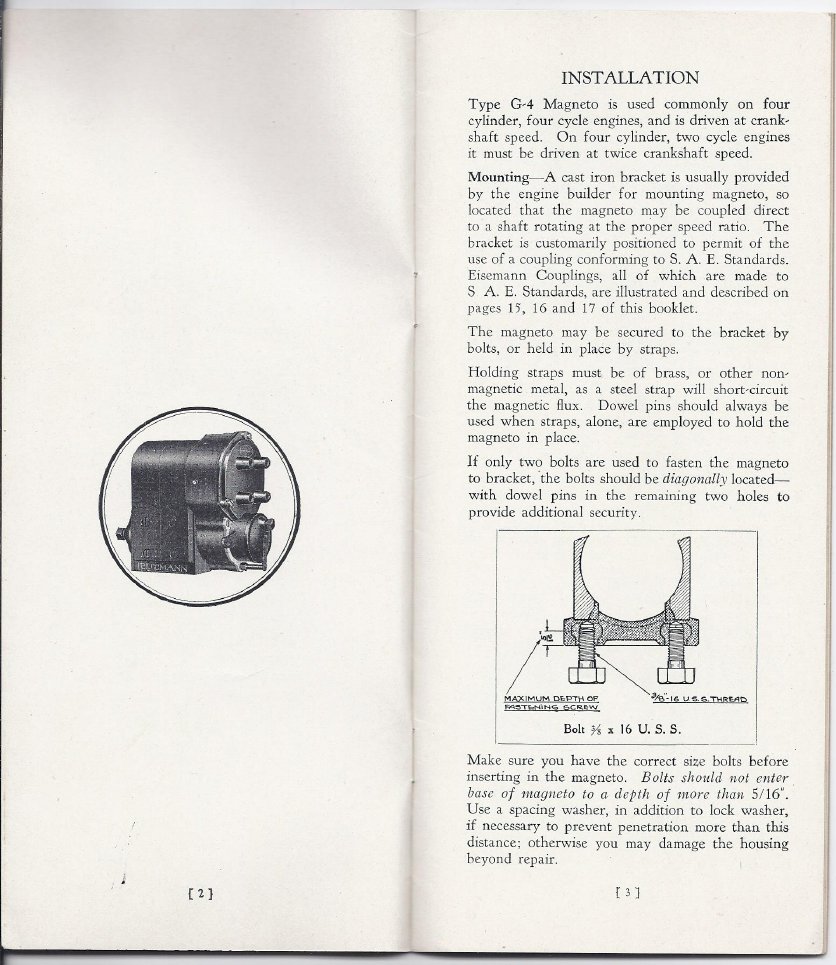 turns counterclockwise. The points are held in by a long hex head screw that has 5MMx.75 metric threads on its end. Be careful to locate and index

the key on the points assembly with the keyway in the shaft before tightening the screw. 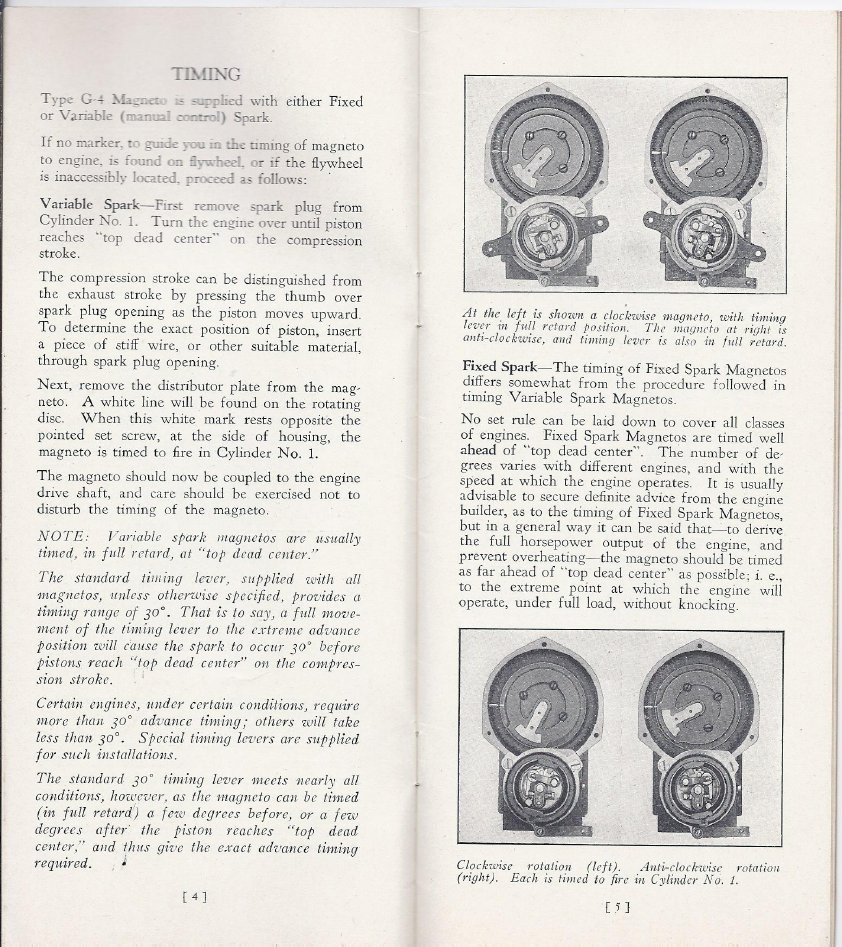 Note how the plug wires are connected. Mr Eisemann did not make it easy! Don't forget the stop switch for safety. Sometimes it helps when removing

pull to prevent distortion of the spring. When reinstlling the spring it helps to rotate the brush and spring clockwise also. 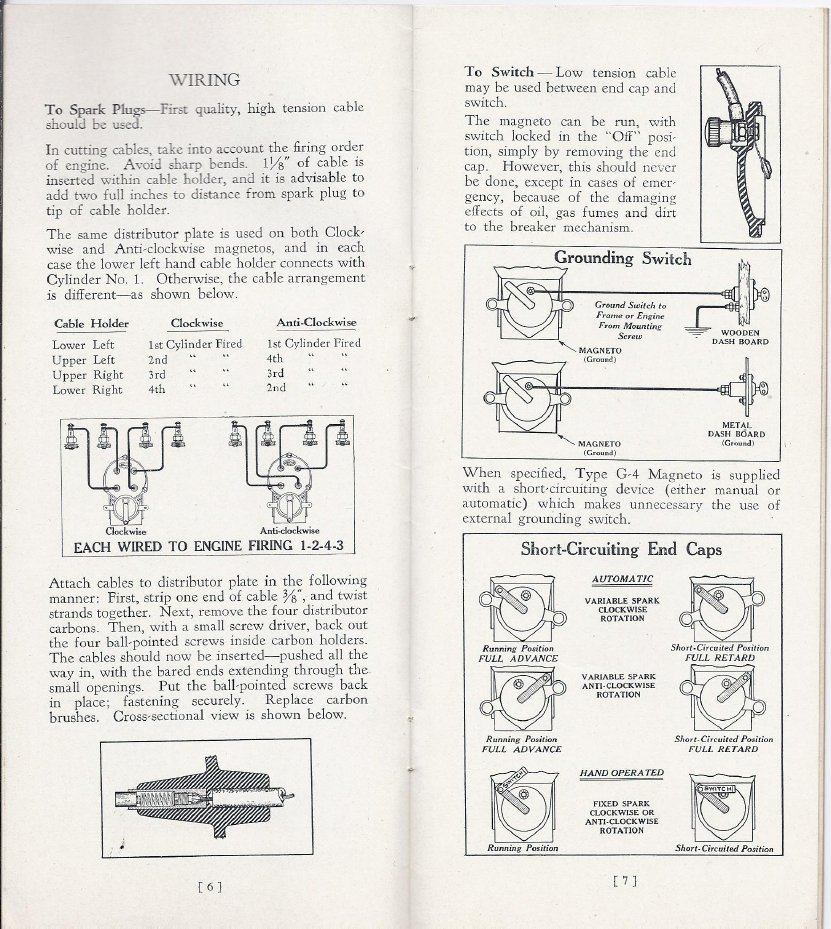 The Eisemann manual describes how to test for spark, we would suggest an all plastic handle screwdriver or you might get bit. 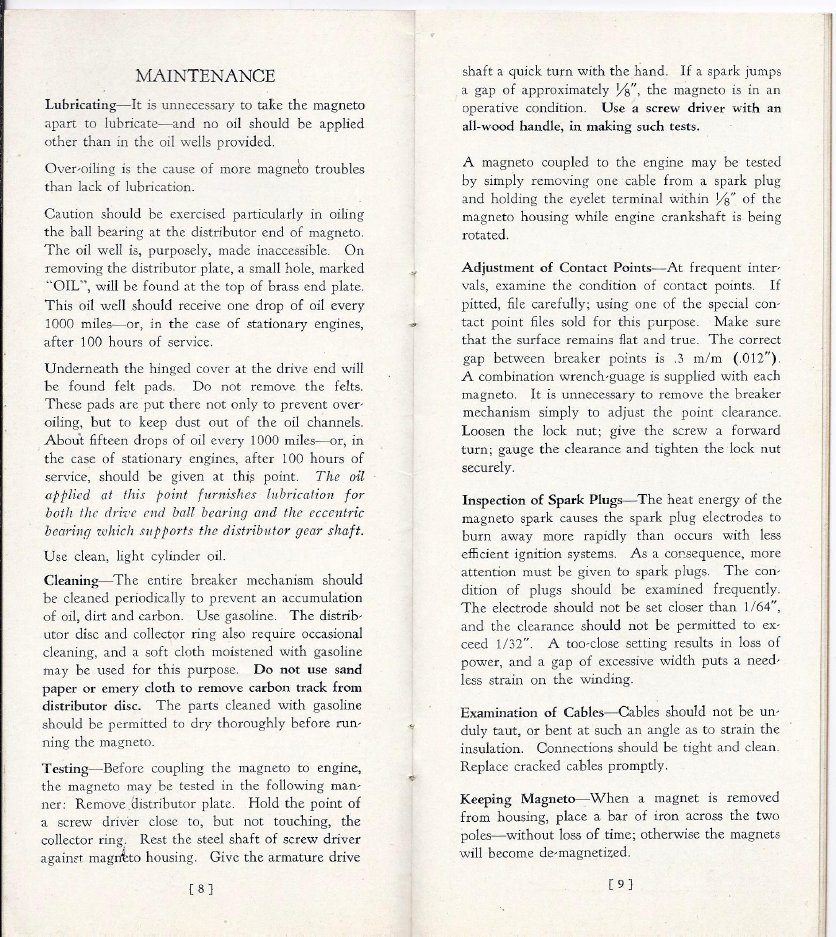 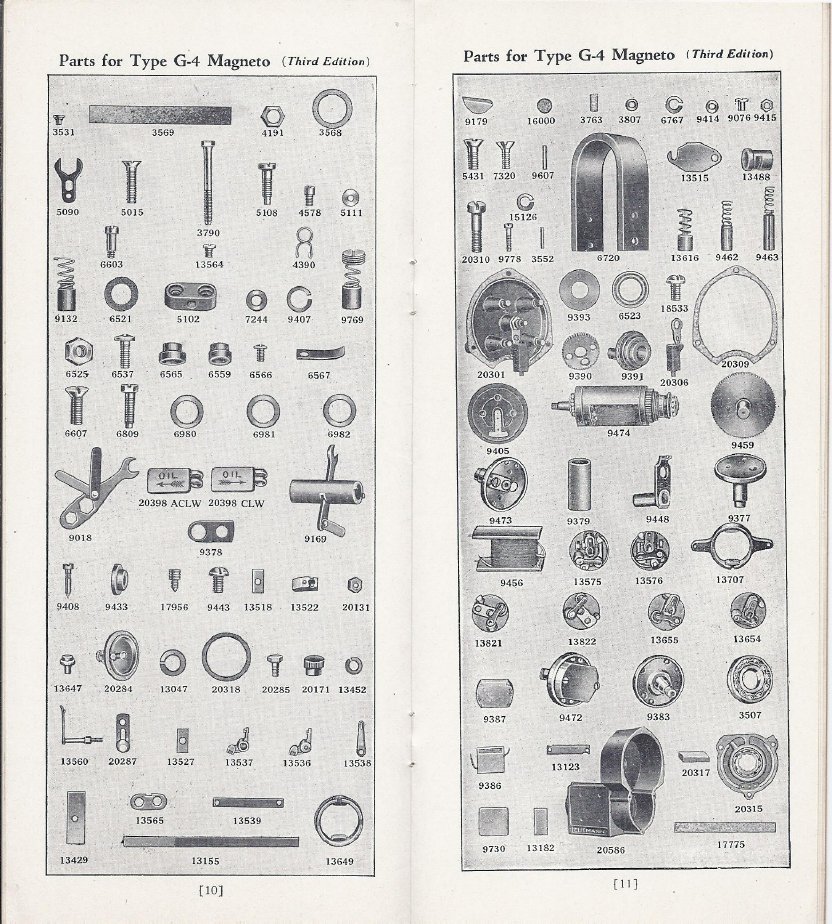 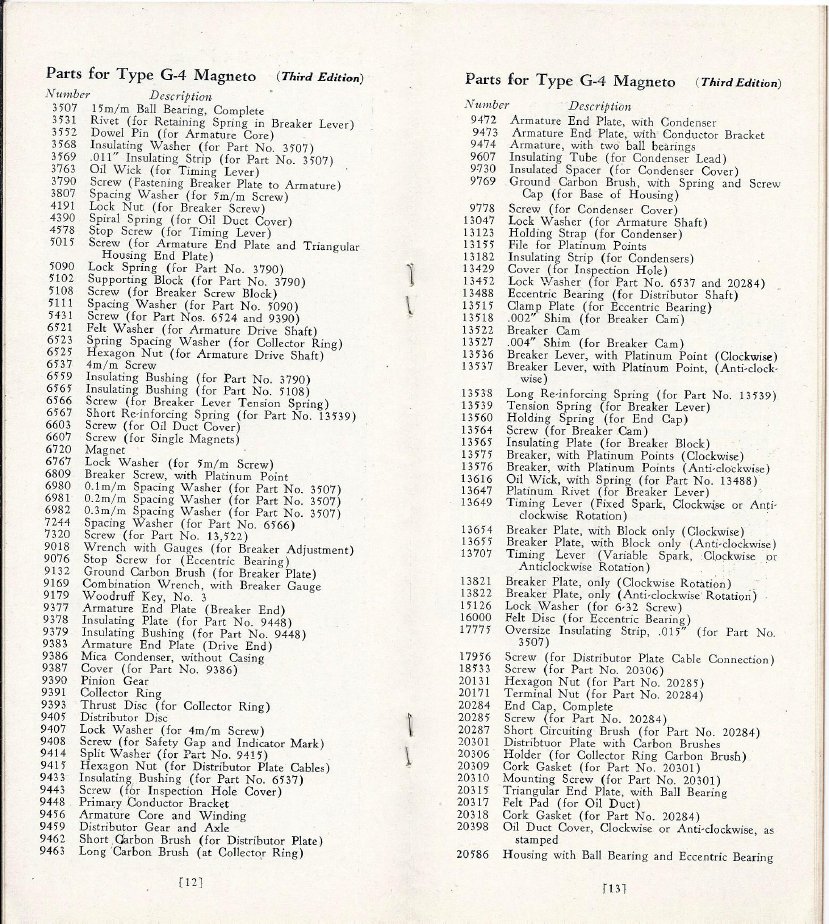 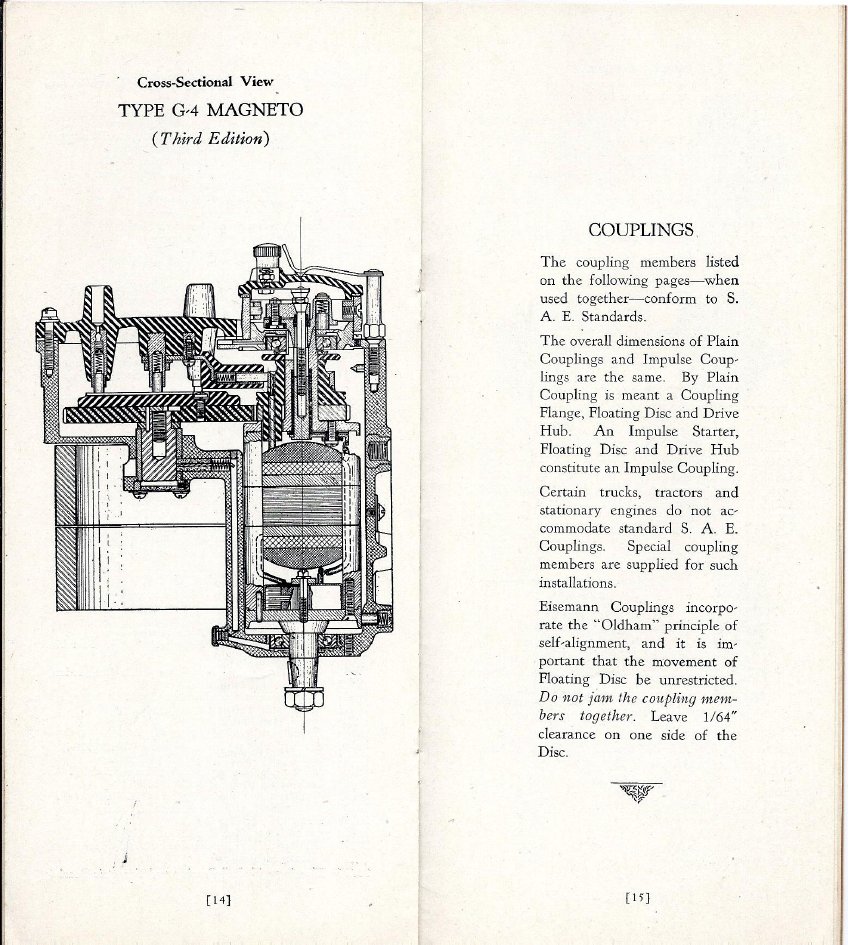 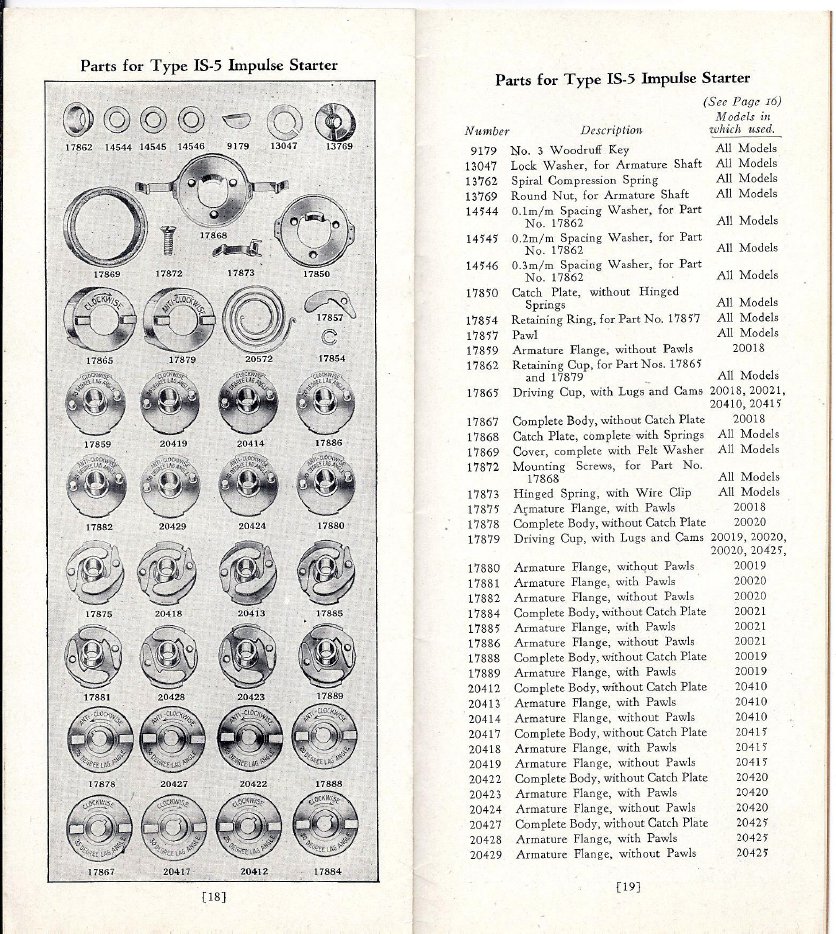 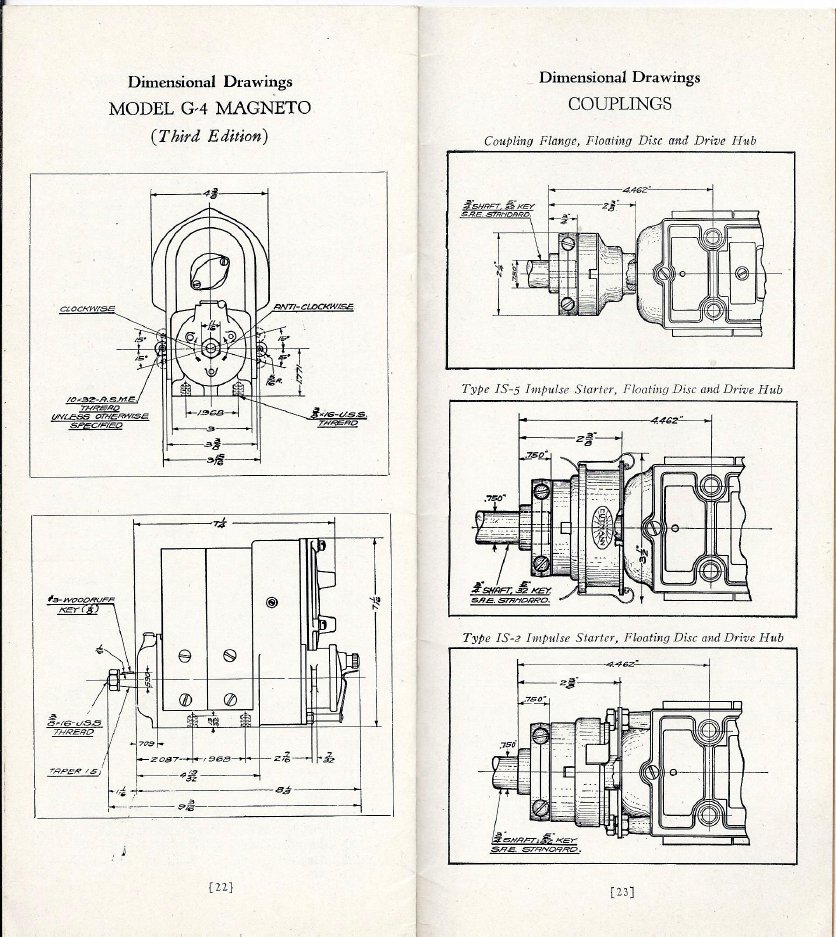 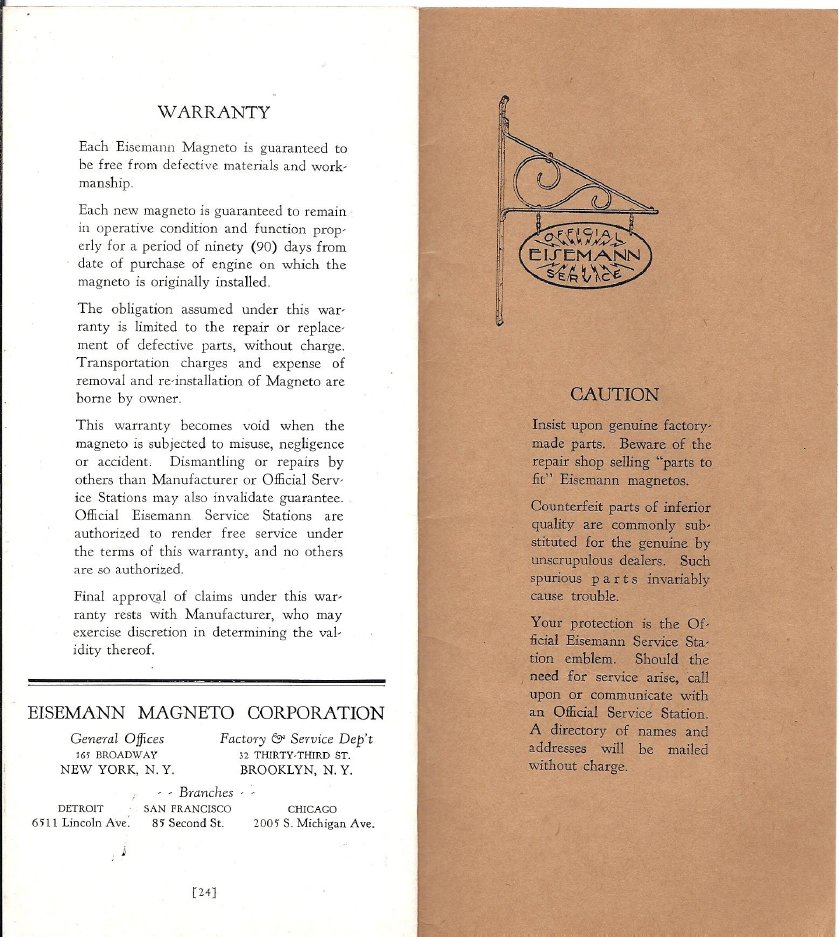