Wico made some  magnetos to serve the small air cooled engine market. Not all flywheel magnetos at first, but shared many of the features and annoyances. The early models used two coils wired in series and two magnets, reminiscent of the famous model EK, later they used one coil and one magnet and life became much less complicated. Later  designs used one coil and magnet with a three poleshoes. This design was more compact and efficient. Problem areas are the usual ravages of moisture, abuse and neglect. The latest evolution of the F series are the FW actual flywheel magnetos with a design that endures today.  Always check the condensers for leakage. Unlike wine, they don't improve with age, especially in the soggy Northwest. Points nearly always need attention, especially with a bad condenser in the circuit.  Here is some service information on some of their earlier models to help keep yours alive and well.

The model F was an early offering using two coils, two magnets and a centrally located rotating core, later replaced by the FG,FGM and FGS. Here are some images from a factory manual describing the F series. Fortunately, the F,FG,FGM and FGS appeared only briefly and were replaced by the much improved FW to be discussed later.  If the breaker cam has a small spring behind it this a governor cam. When the rotor reaches a governed speed the cam pivots away from the breaker lever and halts the spark.  The FW was used extensively my Maytag on their later twin cylinder models. 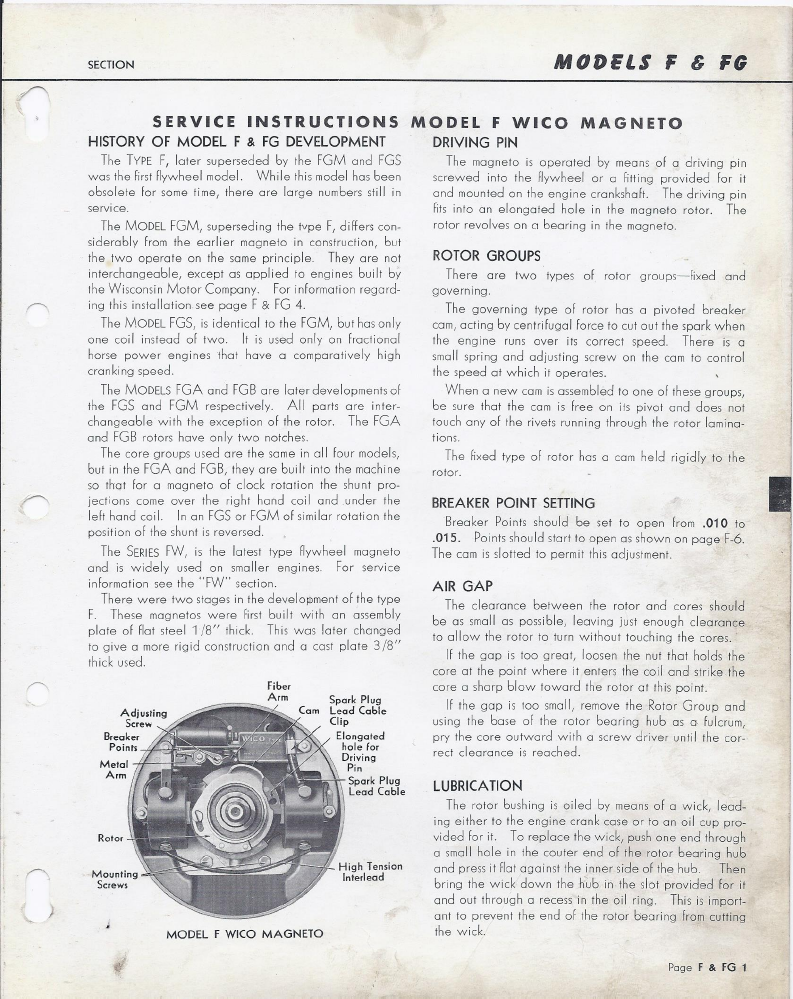 Life gets tedious, don't it? To set the point clearance one must loosen the screw that retains the breaker spring. The rubbing block pivots on this screw when loosened. Place the feeler gauge with proper clearince  in place with the rubbing block on the cam lobe then tighten the screw. 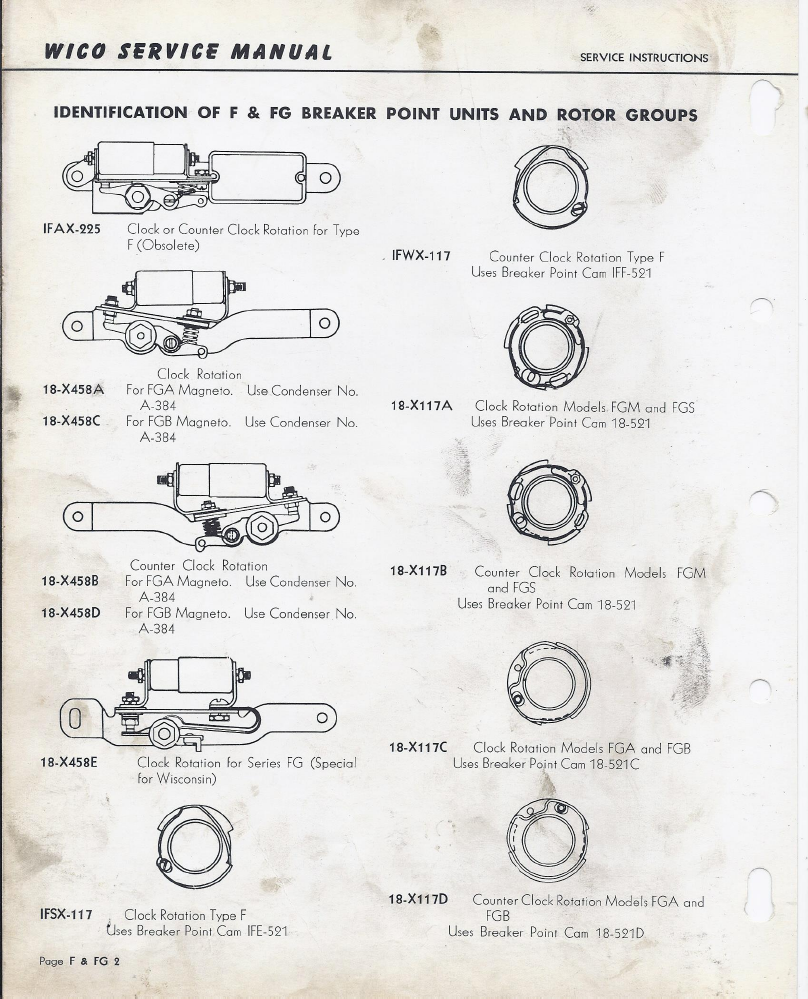 Design engineers could not make up their minds or give much thought to the poor souls faced with servicing these attempts at ignition. As Will Rogers spake: Life gets tedius, don't it? The stock condensers are nearly always defective. Always check for leakage. replace with modern automotive condenser and all will be well.If the condenser passes the electrical leakage test, which it probably won't, it should come in at about 0.18-.22MFD capacity.

A device for a 1971-73 Ford pinto with the 1599CC engine will fit with some modification. It is Niehoff FD-95, and BWD G590. To retrofit get a 6-32 hex head screw 3/8-1/2" long,poke it through the mounting tab then bend the mounting tab with the screw in place so the hex head faces the end of the condenser then use a nut and lockwasher to mount the device like the original. You may need to use a small rat tail file to enlarge the original hole slightly as it was for a #5 screw. Next connect the flag connector to the point stud where the stop switch lead connects and all condenser woes will go away.

Point clearance is important here as well as cam position that will determine engine timing as well as edge gap for optimum spark. 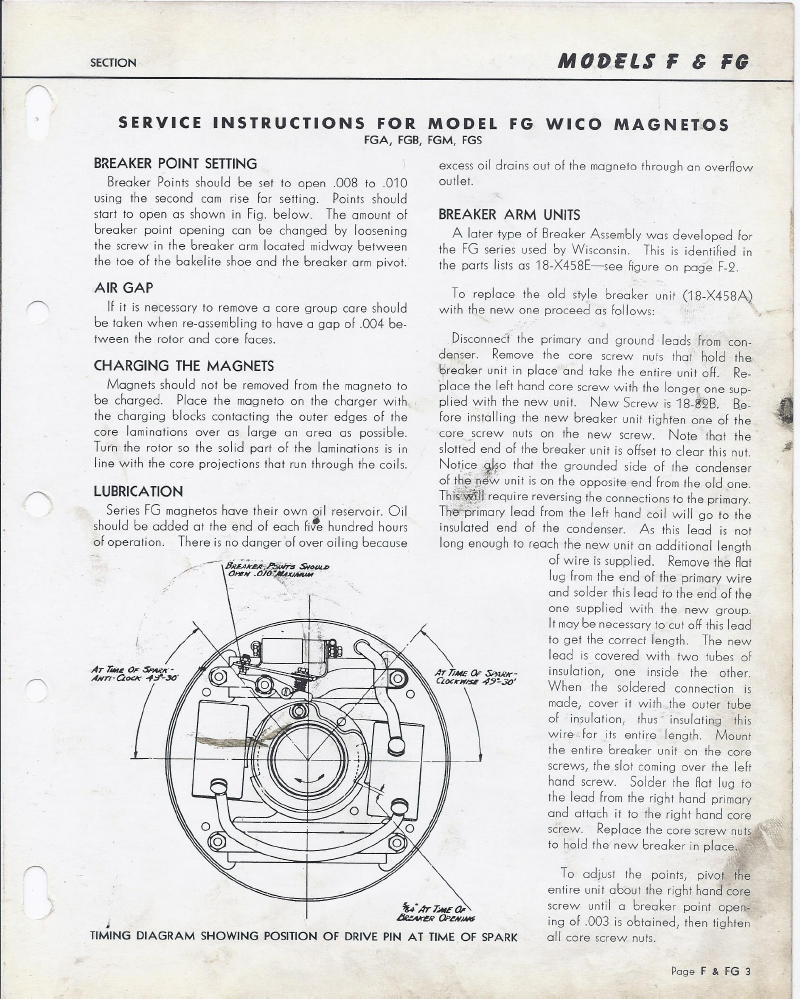 If the coils test good and all is well with the points and a new condenser is in place and still no spark there is a good chance that edge gap os out of spec. this is the interval determined by the space between the edge of the rotor and the stationary poleshoe as described above in the lower right. To get the biggest bang out of this design the edge gap with the breaker adjusted to spec is 5/64" or about .078" A #47 drill is a way to measure this. 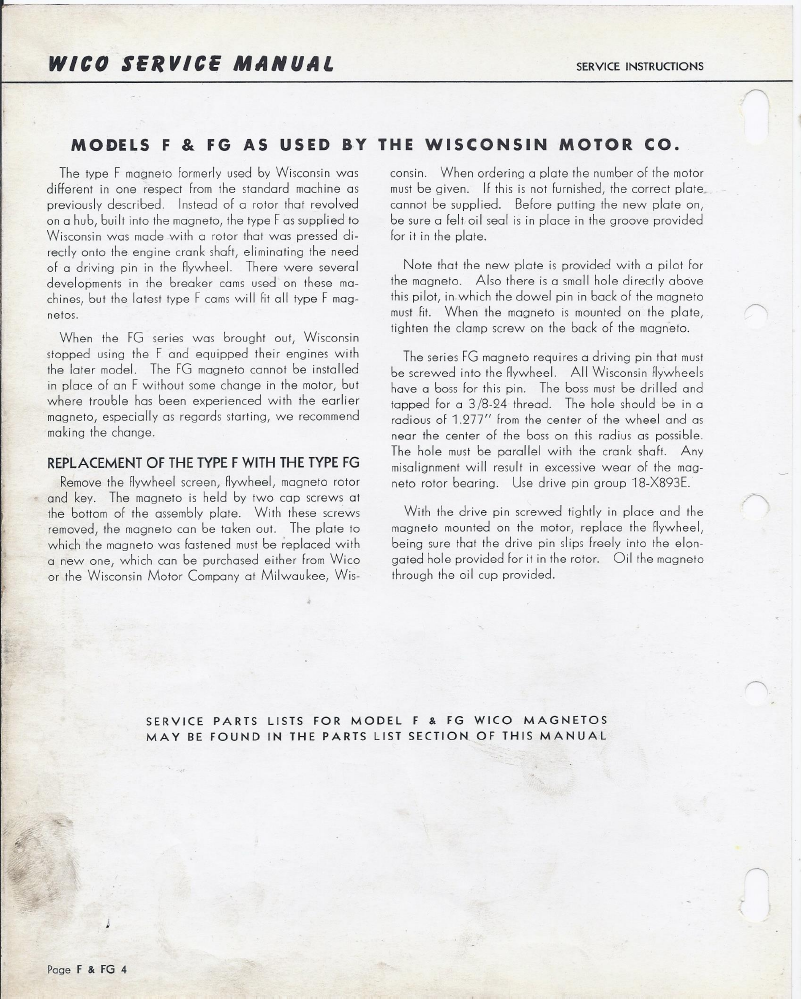 Here is the parts list for the model F. 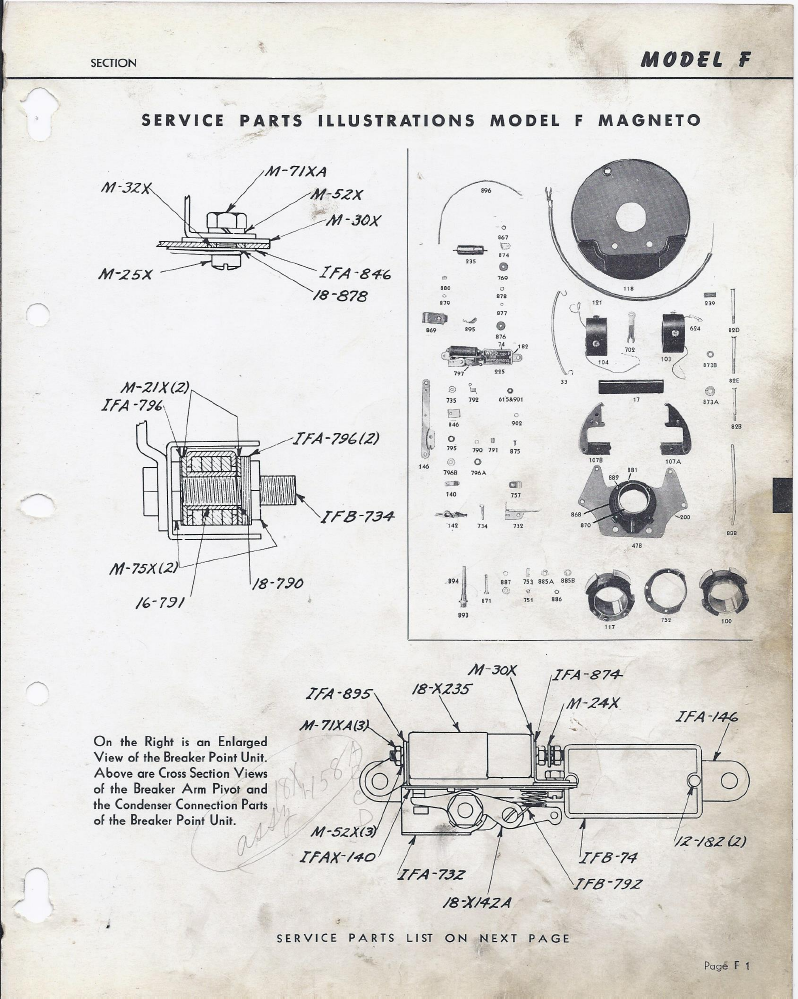 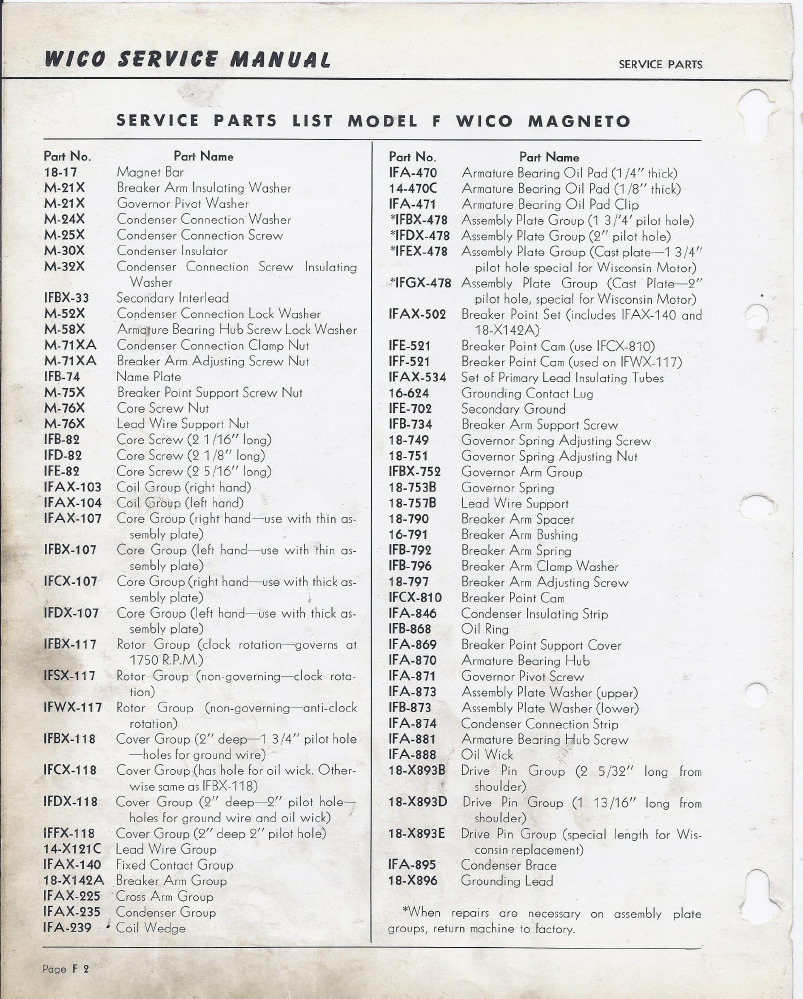 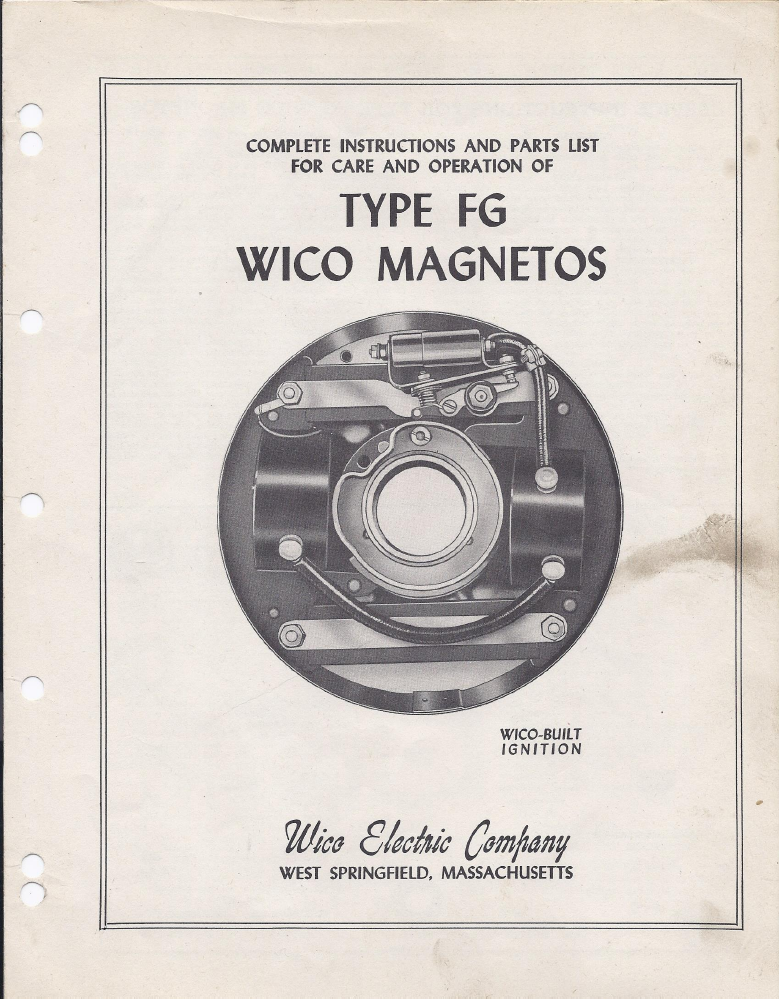 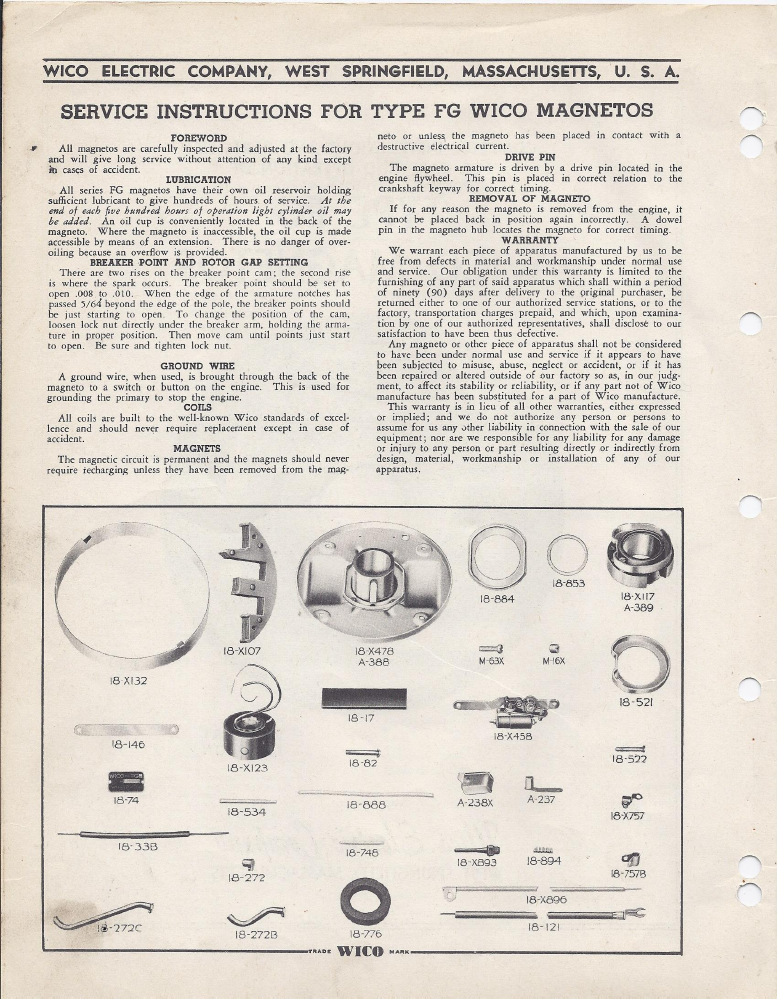 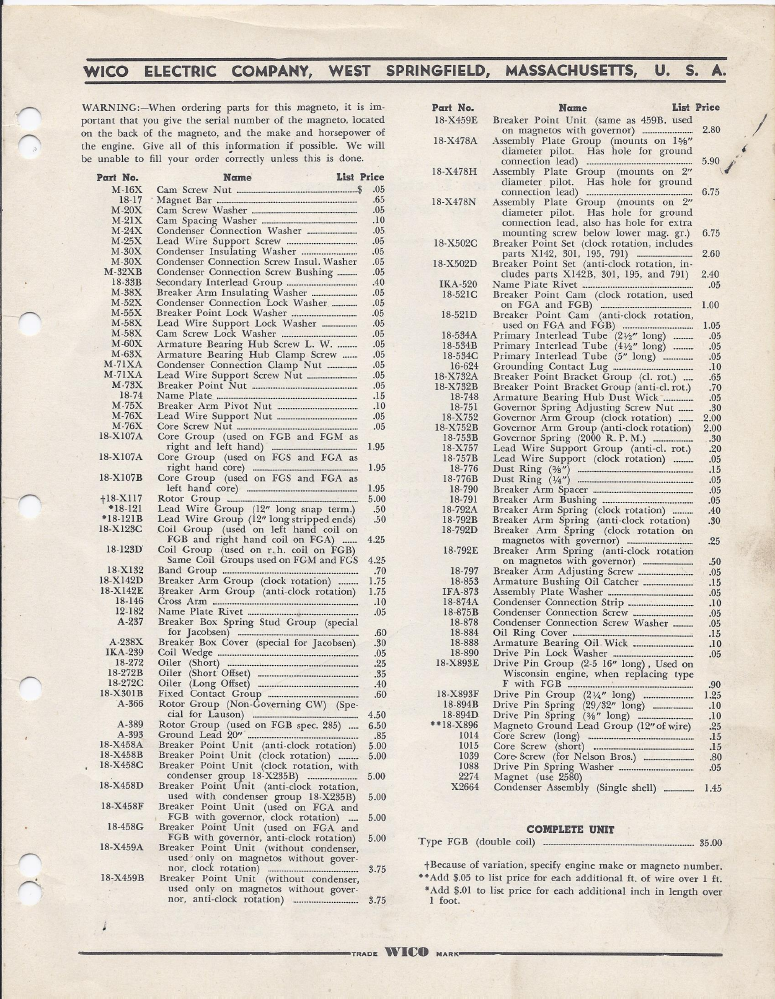 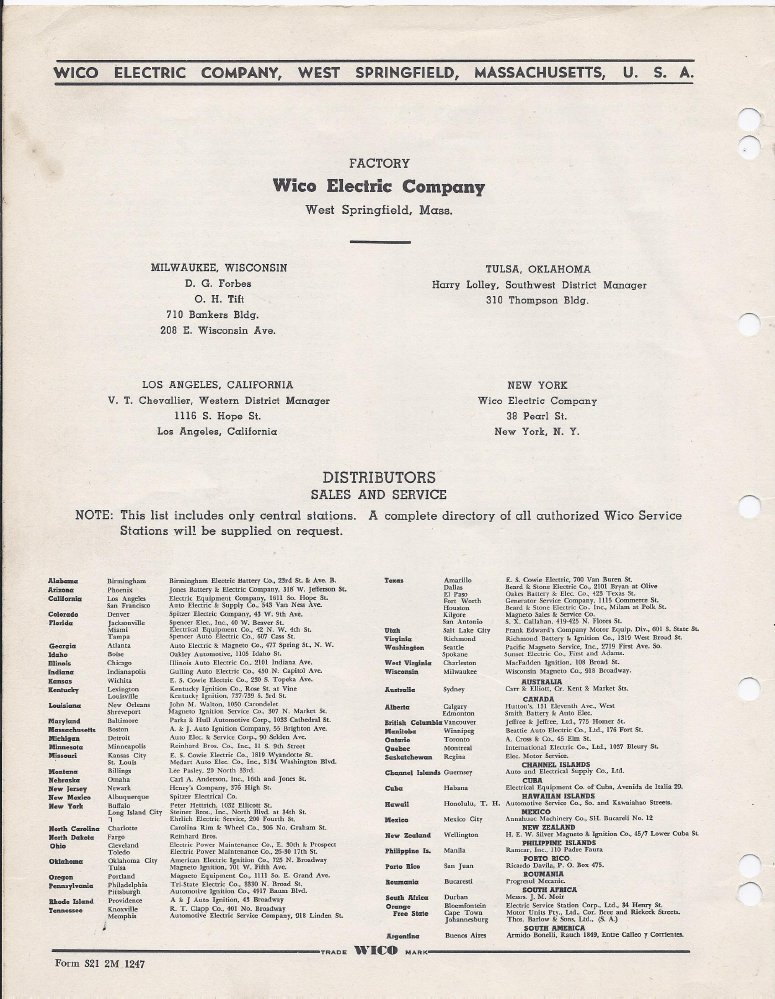 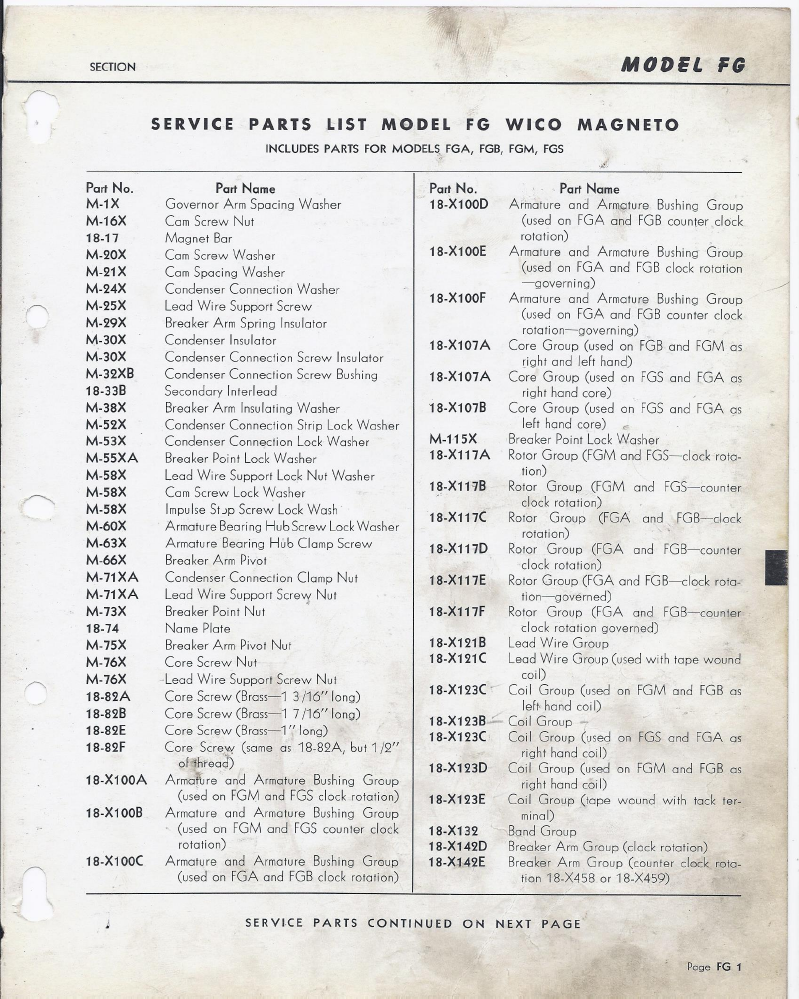 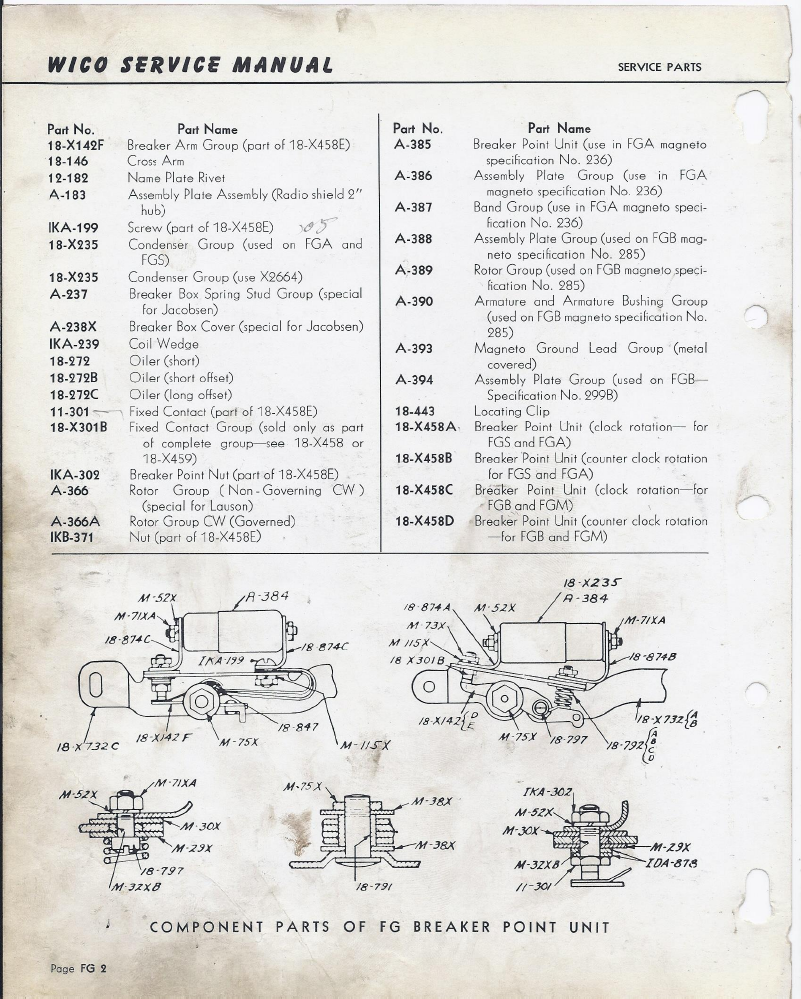 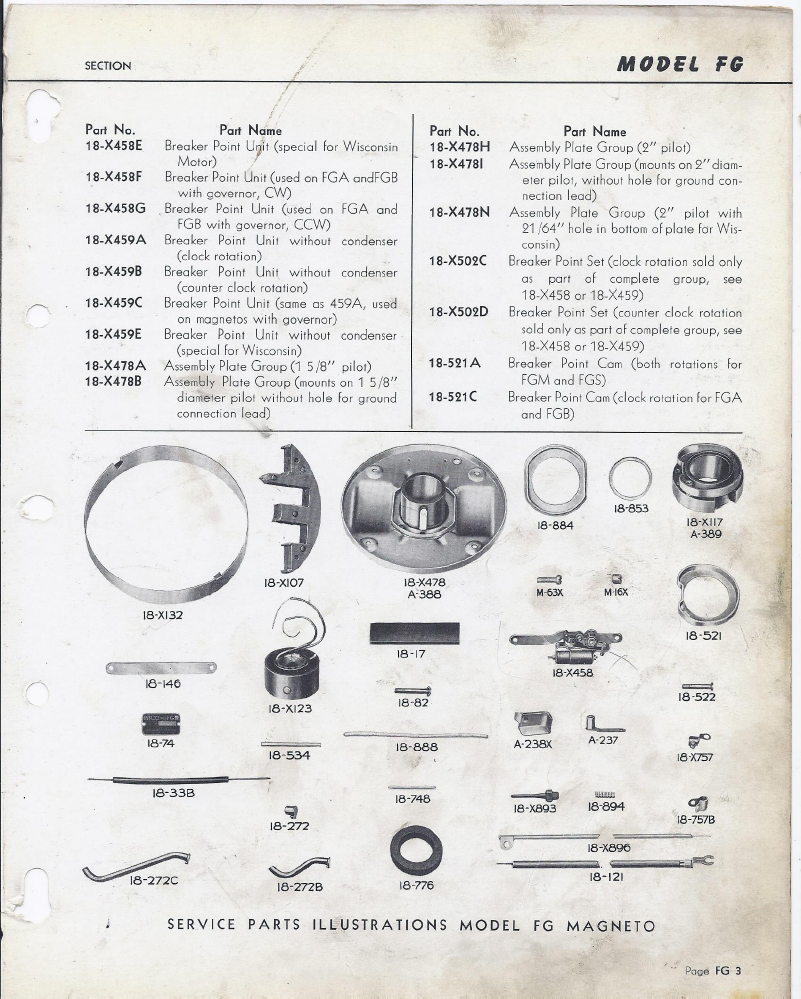 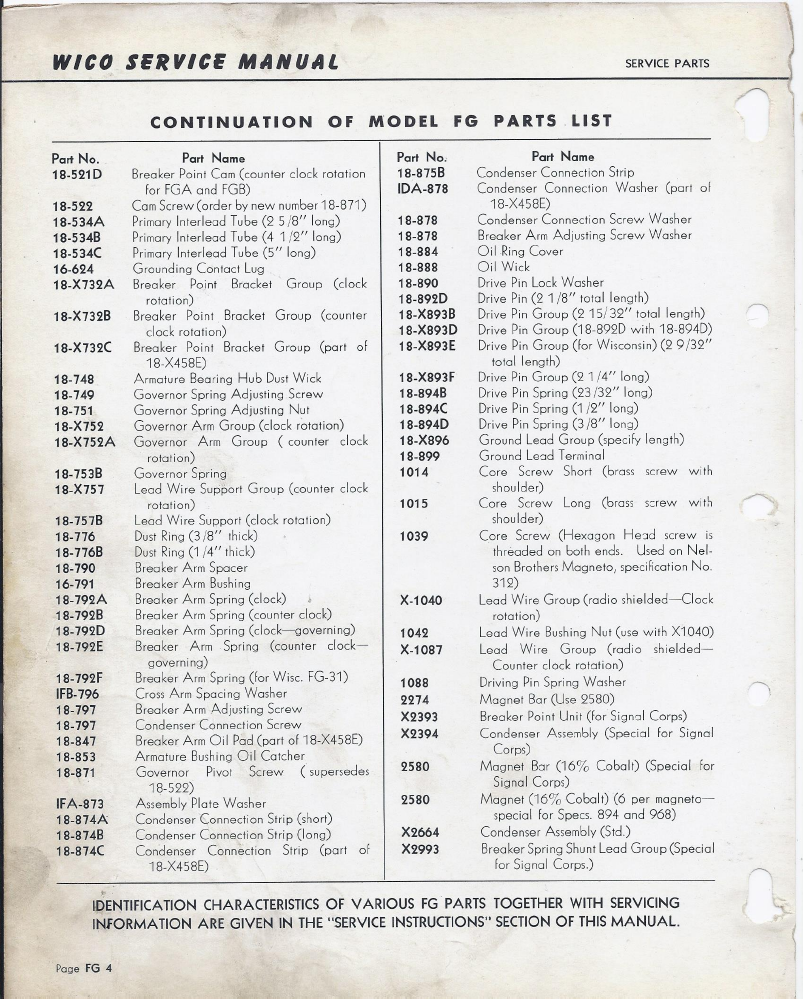