The G4 was an excellent mag in the day.  It was OEM for many automotive,stationary and tractor engine manufacturers including Caterpillar,White, Dodge Brothers and Buick. There were several versions produced over time with improvements along the way. There were different versions made over time. The earliest used a round cap with the wires coming out the top and the later version had an entirely different looking cap held on by three 5MMx.75 (non standard metric screws) with the wires coming out the front. Occasionally one will find an early 4 cylinder cap with two extra high tension wire connections. This is for a dual ignition system with a dash mounted coil.  One of the extra leads connects to the armature collector brush and the other to the center of the rotor. If not using as a dual ignition, connect these two extra leads together. The later style flat cap and larger rotor housing are very fragile often damaged. Here is an advert for a mid production G4. 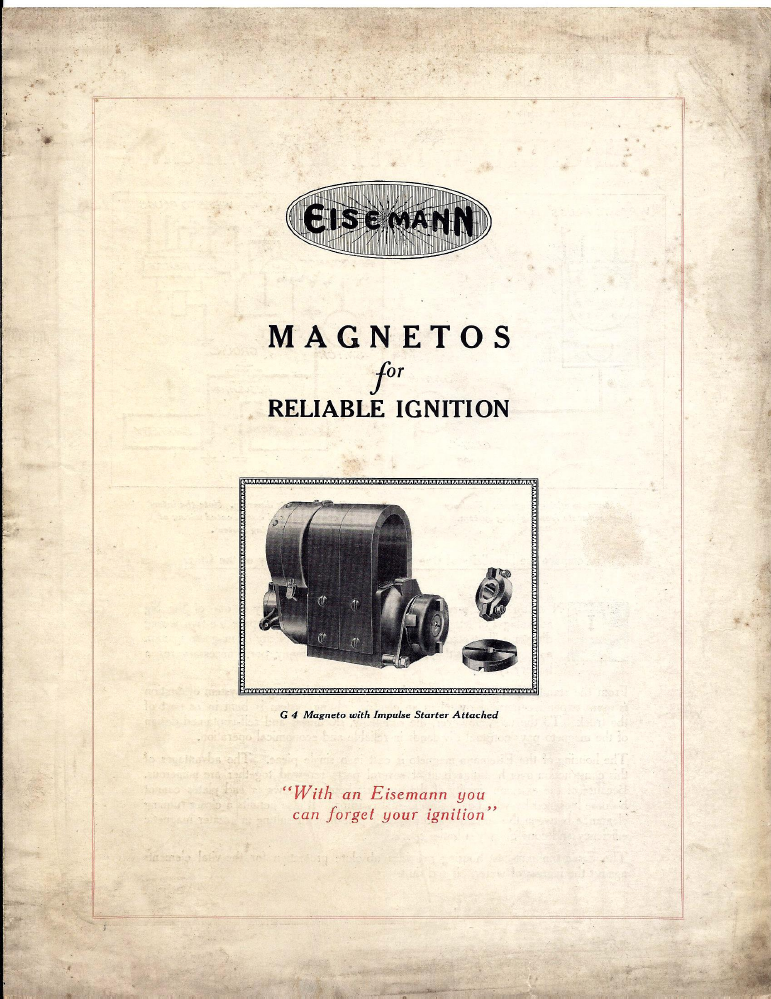 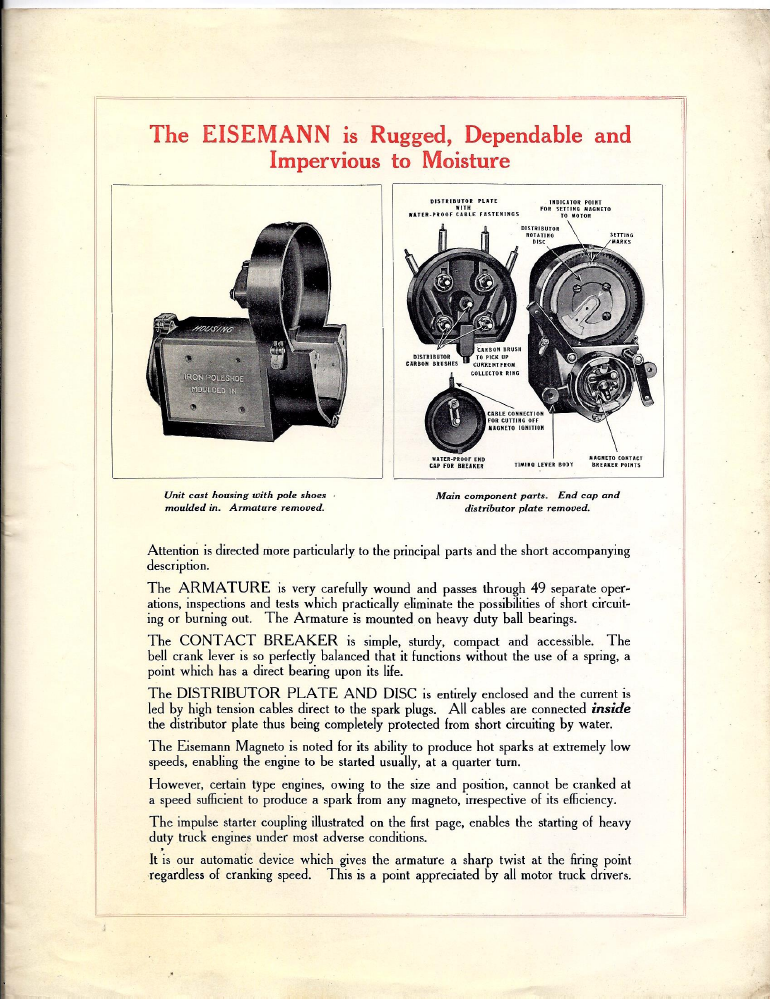 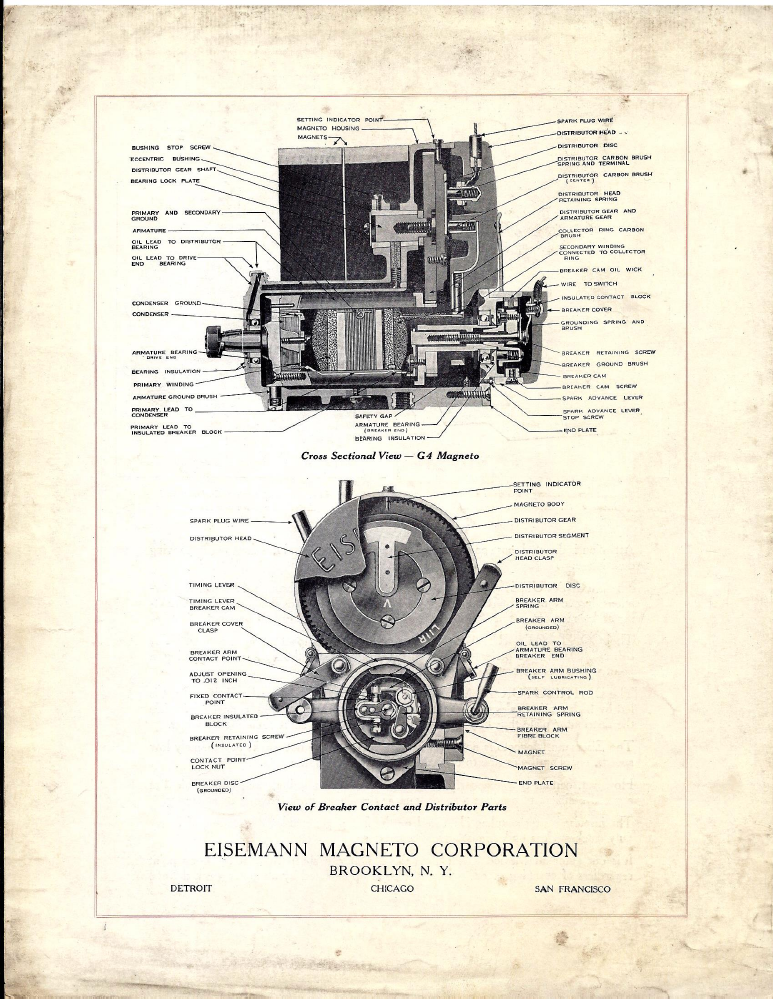 The G4 and earlier had some special pitch metric threads. Always check the thread pitch and diameter before a frontal assault with the tap and die. The clips and screws that hold the end on the G4 are a 5mmx.75 thread(No Helicoils either!).  Beware!It looks a lot like a 10-32.   Another big bugaboo are the threads  on the early American Bosch mags like the DU4,ZR4 ZU4 etc. Those innocent looking threads on the distributor cap studs and bolts also look a lot like 10-32, but  are a standard metric 5mm x 0.8. Be careful not to confuse a 5mmx.8 with a 5mmx.75.Bosch used mostly standard metric threads, Eisemann did not. Moral of the story: do not lose the screws, always check the OD and thread pitch before wielding a tap or die

Here are the witness marks, which are often hard to find and occasionally missing. When you remove the armature, be sure to remove the small brass screws on the side of the housing that serve as the safety gap. the armature timing gear has a small dot that lines up with marks on the distributor rotor gear. It is often faint and is marked "L" or "R" for left or right hand rotation.  The small dot on the armature is at the 12:00 Oclock position when the keyway is at the 3:00 Oclock position. 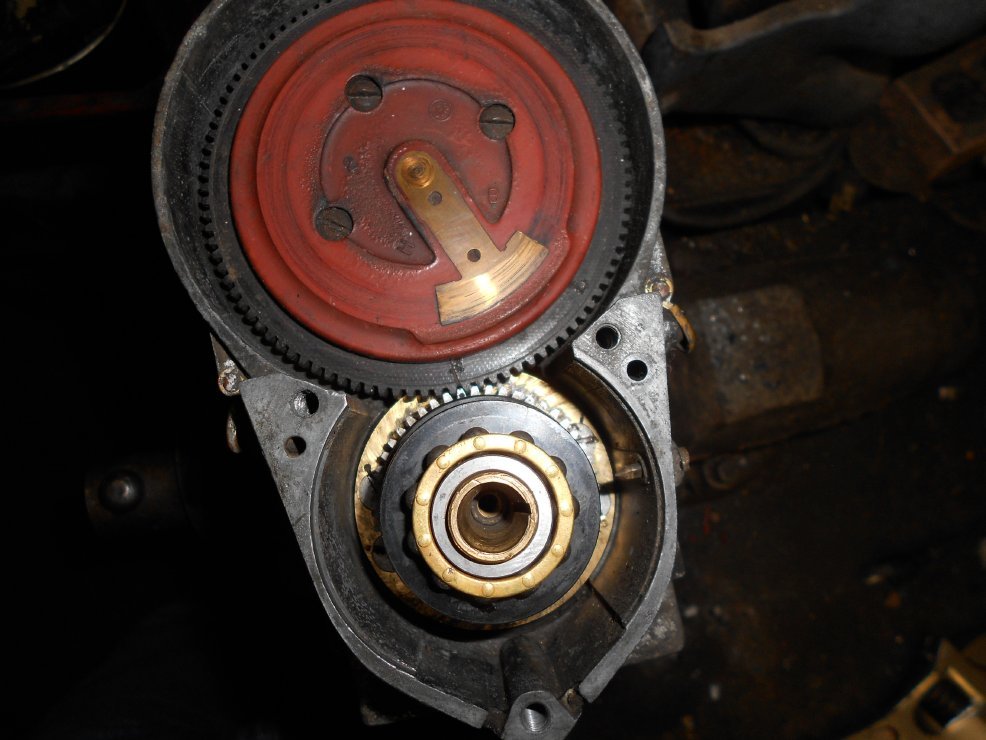