Here is some factory service information for the American Bosch ZR4. It is similar to its brother the DU4 but is totally enclosed and has slightly wider magnets. This is a heavy duty unit and is one of the most bulletproof magnetos of the early days. Many survive in working condition despite 100+ years of severe service and abuse. These were OEM for Caterpillar and other large tractors of the era. Condensers held up fairly well and rarely failed. The coils also but suffered from the usual woes of a wound armature and insulation that turns into icky sticky goo. Some were fitted with impulse couplers and life got much better. Others had the optional IS impulse starter that could operate as a common impulse or be tripped manually. this was typical on the early gasoline Caterpillar tractors. When all was well one could prime the cylinders, roll past top center then trip the impulse manually and off we go. 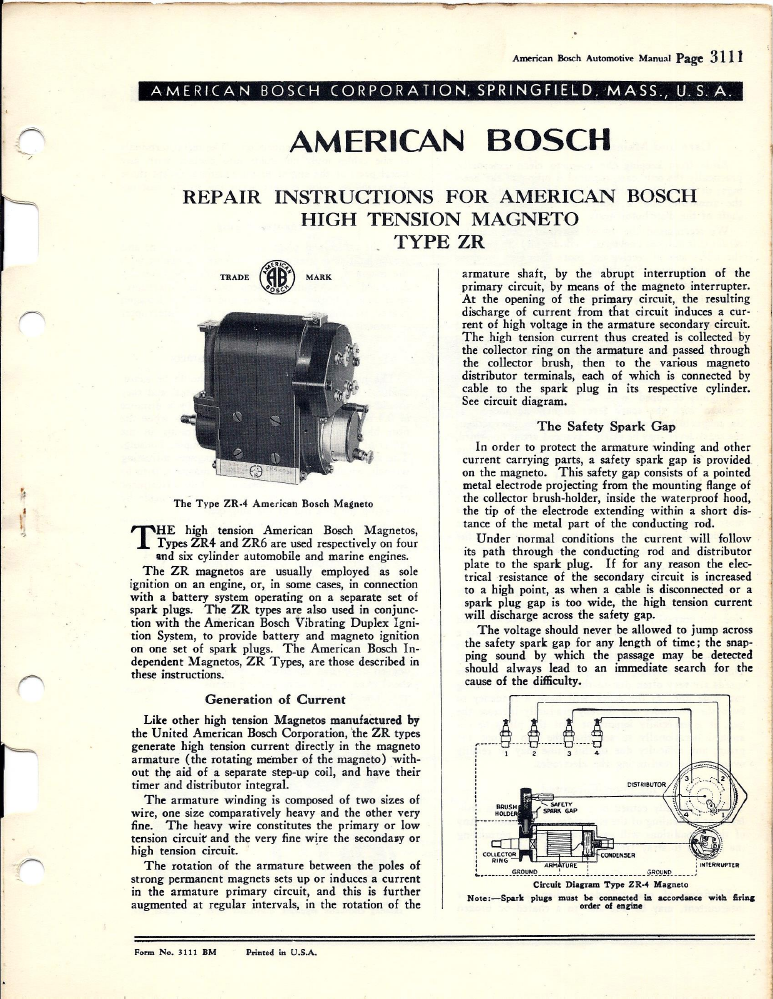 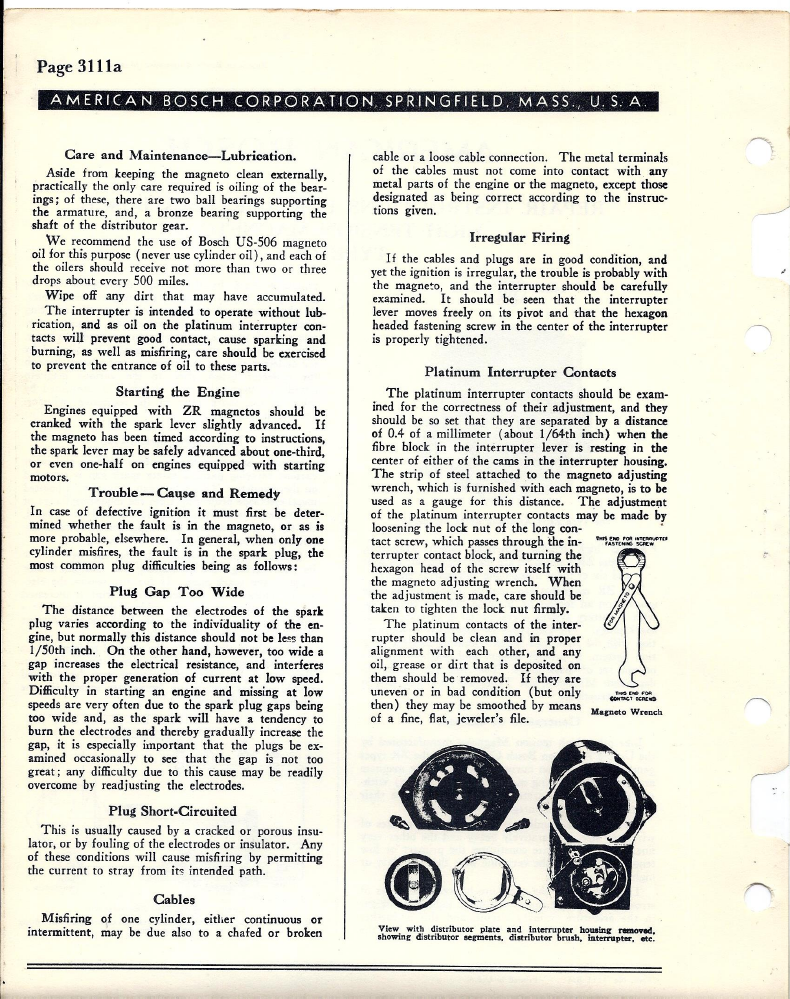 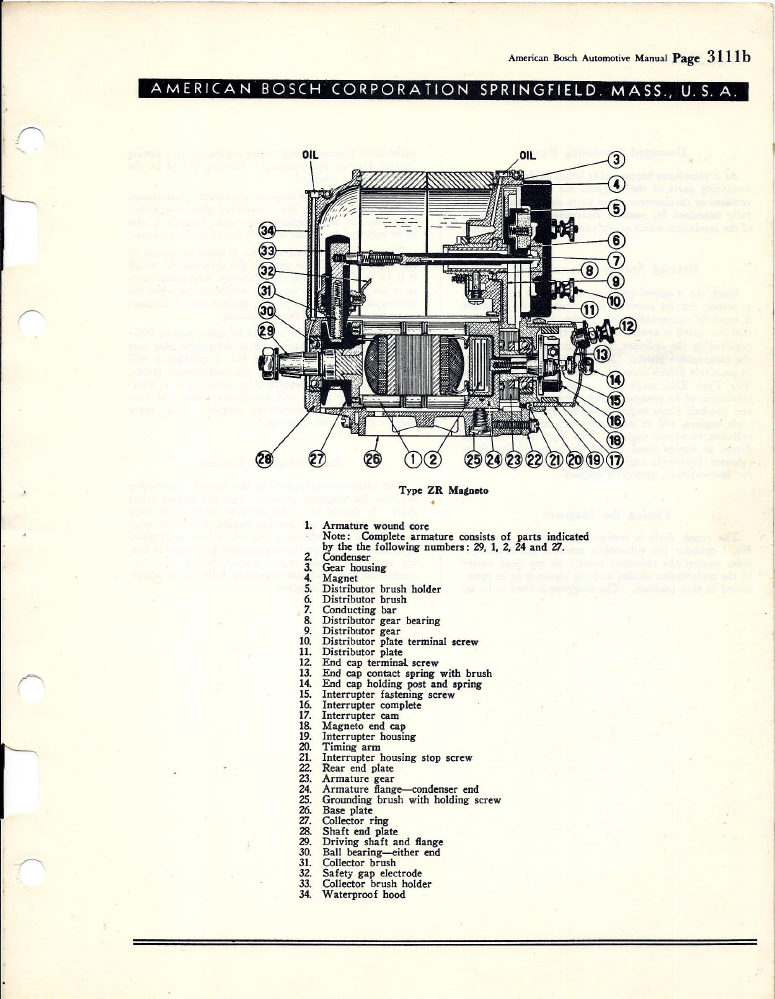 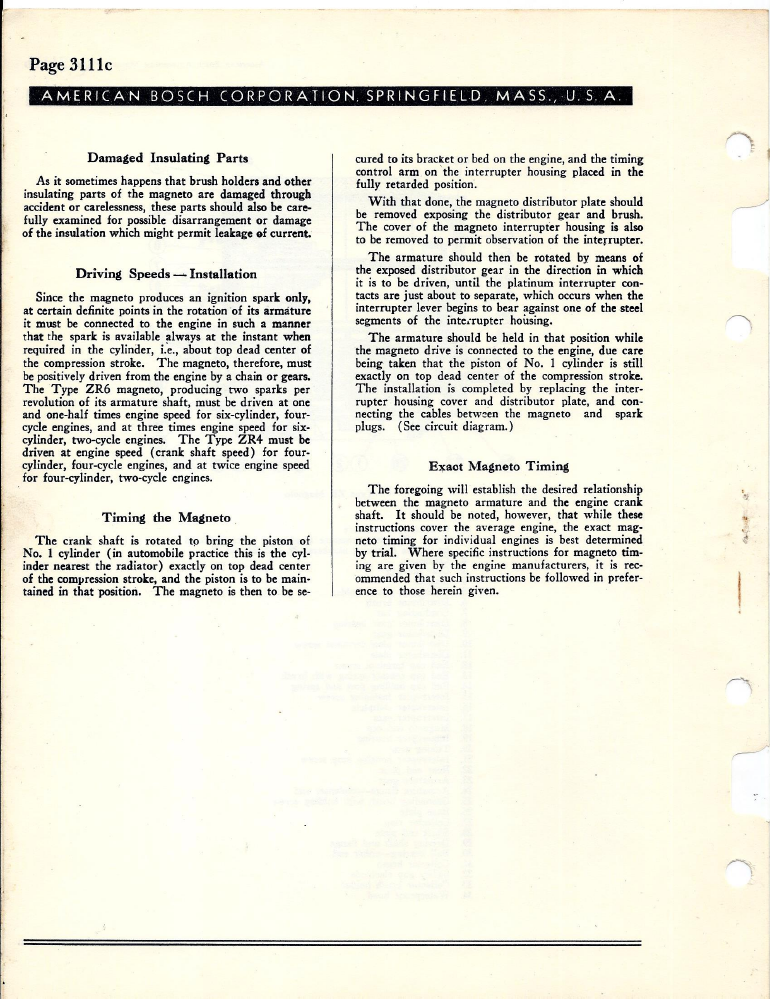