The model R series ignitors including the R1 and R2 were early Wico magnetos used on large engine installations . Many were used in  oilfields. They were a reciprocating design that mechanically broke the magnetic circuit through the coils but unlike most used no points or condenser.  They were operated by a pushrod that was often dropped and lost when the magneto was removed from the engine.  They suffered from the usual woes of insulation breakdown, sticky goo, lack of lubrication and too much rain in the wrong place. Here is some information to keep your alive and well. 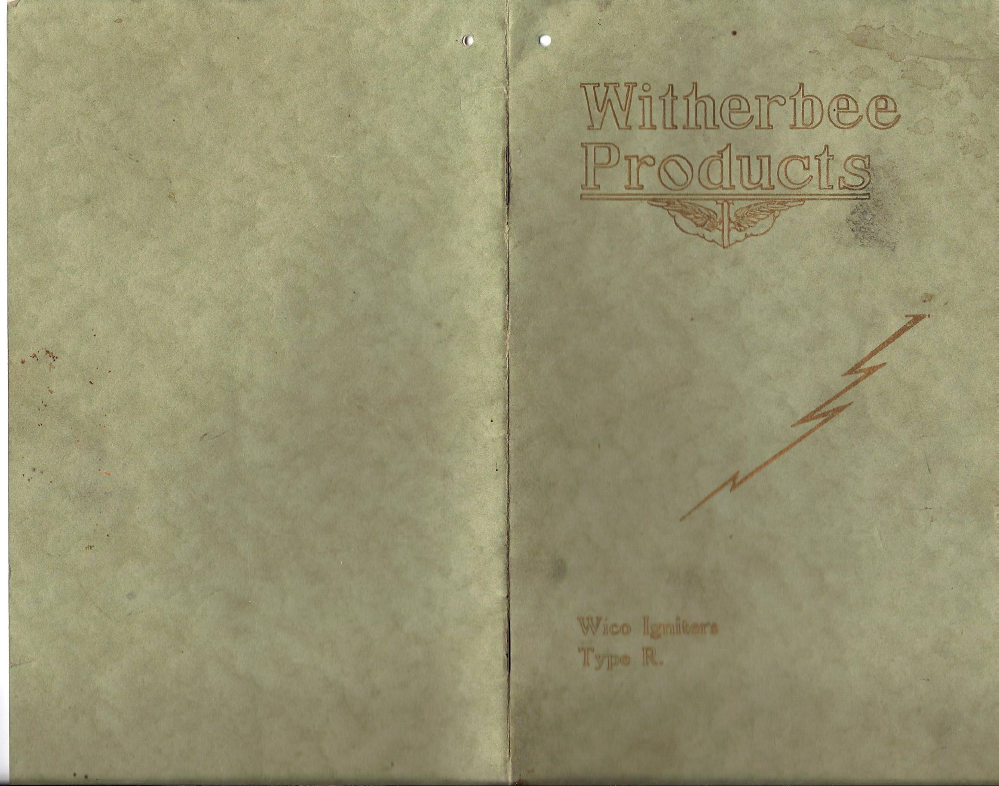 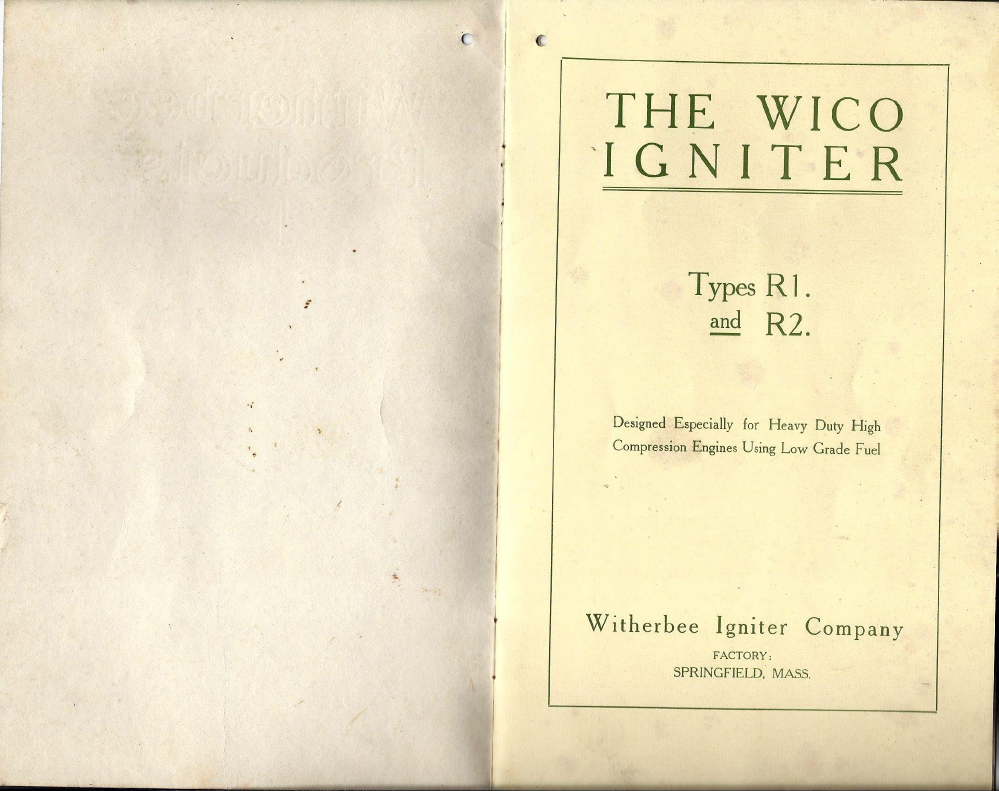 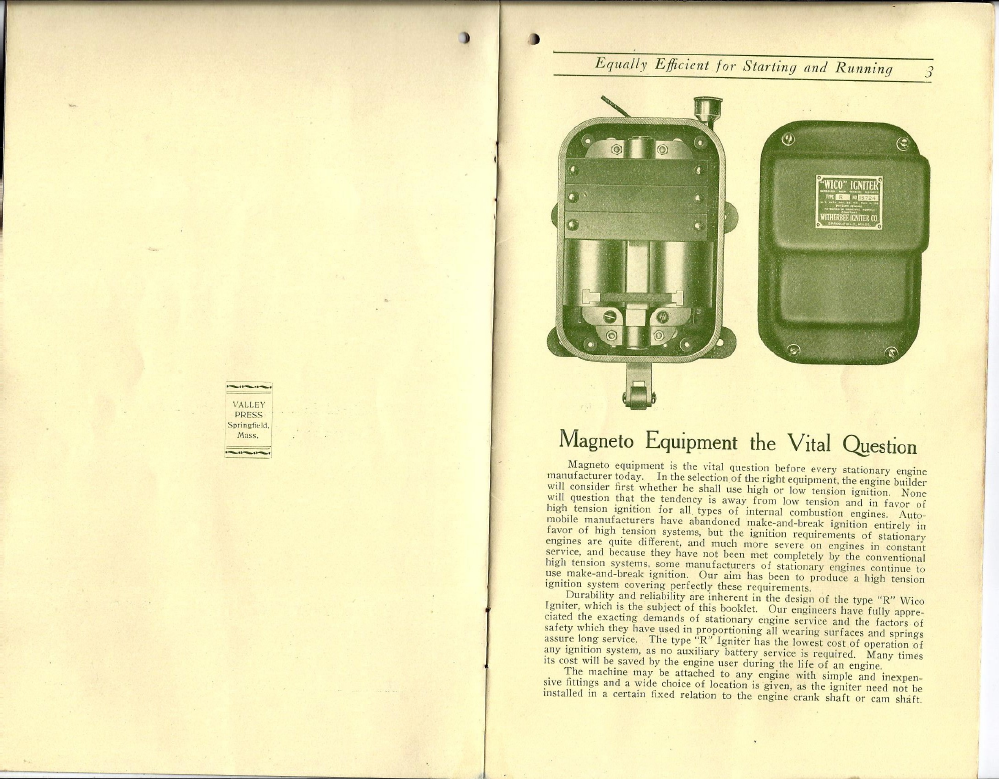 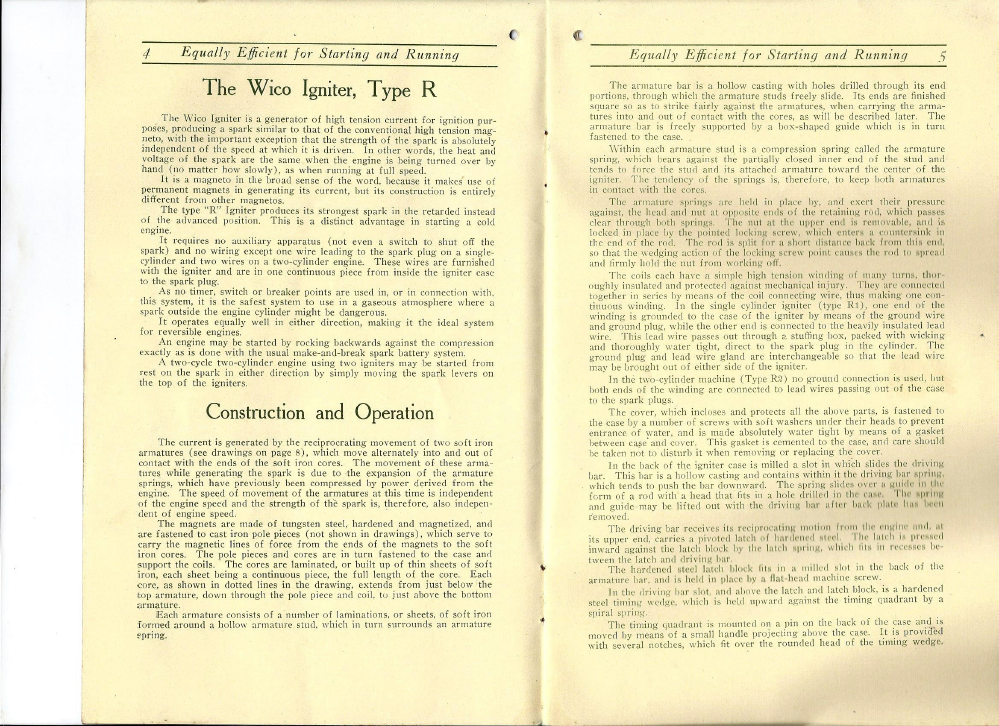 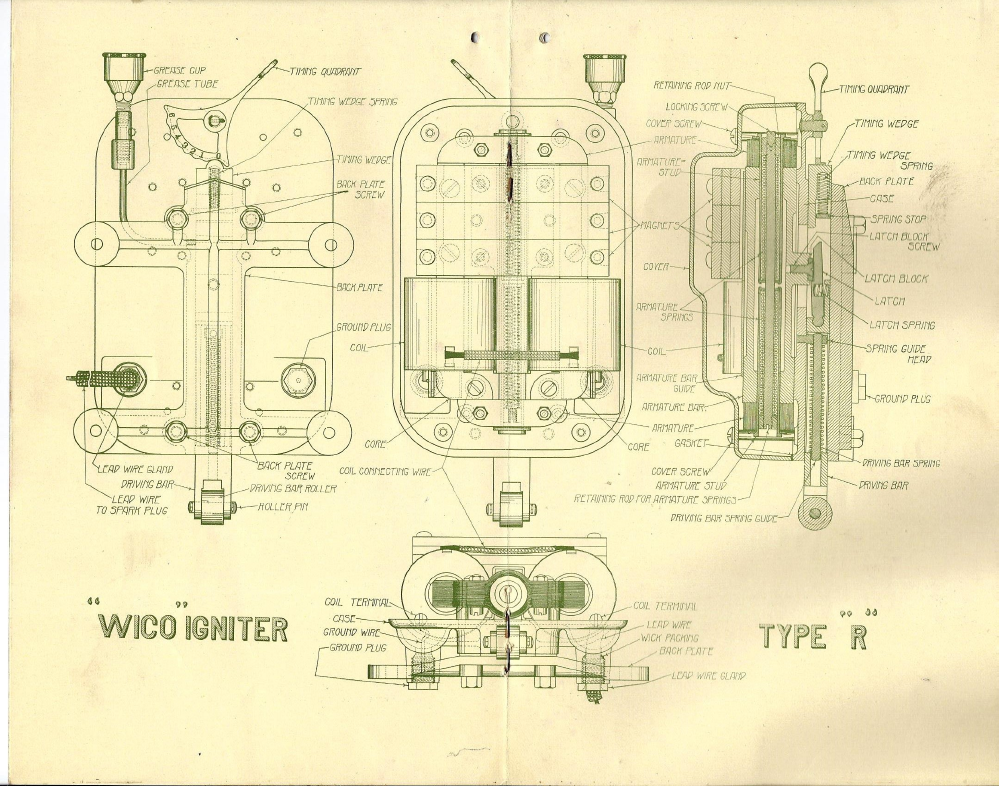 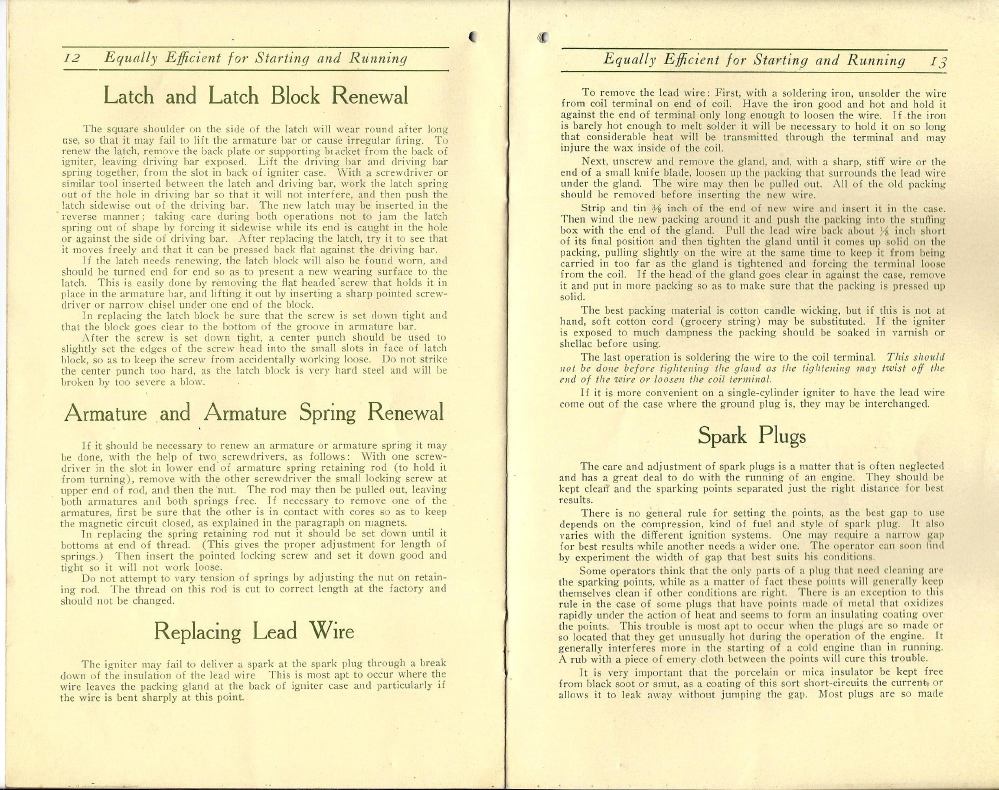